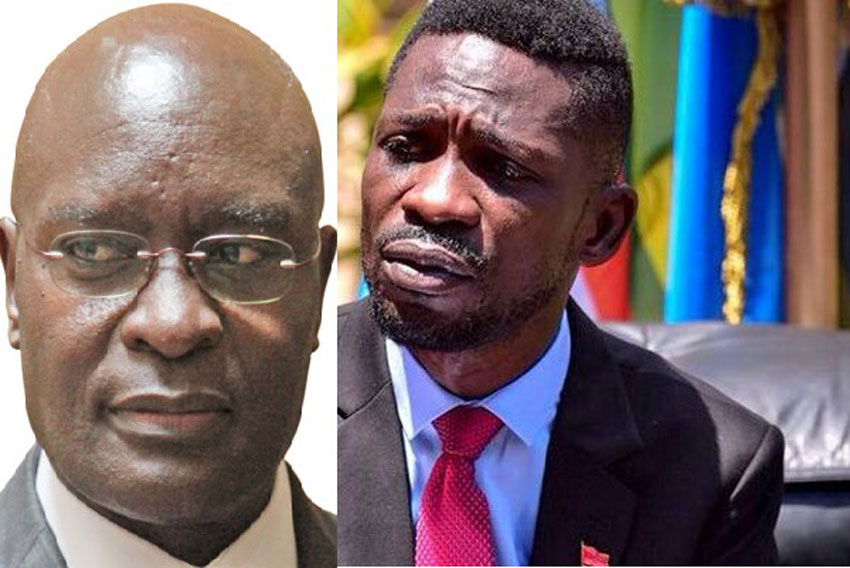 “We promised Ugandans that we shall hold a transparent free and fair election where democracy was to prevail,” Byabakama told journalists. “You all saw how our elections were very transparent. Those who won were declared while the losers ran to court but afterwards withdrew their cases,” he added in a veiled reference directed at the NUP party presidential candidate Kyagulanyi.

He further warned that it is unconstitutional for an individual to proclaim presidency yet the constitution only mandates the EC to make the declaration. “We see Hon. Kyagulanyi calling himself president which of course is not right. Our results showed that Mr. Museveni warn the polls. We warn Hon. Kyagulanyi to stop proclaiming what he didn’t win,” Byabakama added.

Hon. Kyagulanyi has however fired back at the EC boss saying he does not have the audacity to speak about democracy when the entire electoral season projected him as a biased chairperson inclined to aid the sustainability of the incumbent president Museveni. Bobi cites the electoral malpractices that manifested on the voting date where soldiers and state security agencies were cited manipulating the votes by stuffing in favour of Gen. Yoweri Museveni. Bobi adds that Byabakama presided over a poll that was never seen throughout the time Uganda has been in elective democracy.