Bobi: My brother’s family was placed at gunpoint during raid 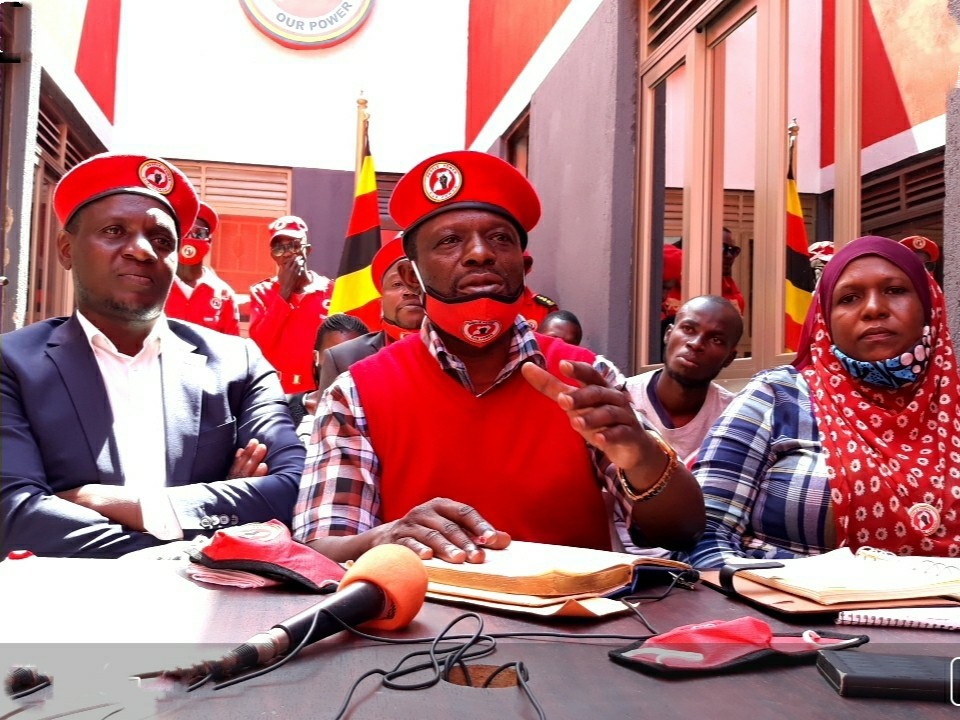 Former presidential candidate Kyagulanyi Ssentamu Robert aka Bobi Wine has explained the events that ensued during an early morning raid on the family of his blood brother, Fred Nyanzi Ssentamu who aspired for the Kampala central MP seat.

In the narrative, Bobi reveals that the plain clothed security goons spent the entire night surveying the residence of his brother before resolving on the early morning raid. He says one of his relatives who happens to be an adopted child to his brother was taken by the raiders as a means of compromising Nyanzi to ‘surrender’. He adds that other house occupants were placed at gunpoint and tasked to explain the whereabouts of the target, Nyanzi who jad successfully fled after sensing danger.

This morning, the home of my elder brother, Chairman Nyanzi was attacked by heavily armed men in plain clothes. The men who were travelling in a ‘drone’ seemed to have spent the night outside his home. When he opened his gate in the morning, three men immediately entered his compound and pretended to be casual laborers looking for work. Nyanzi sensing danger after seeing pistols wrapped around their waists found a way of escaping from them. More men who totalled to about eight entered with big guns and started asking for his whereabouts. They put everyone in the house under gunpoint and forced all family members including his wife to lie on the ground facing down as they asked for Mr. Nyanzi’s whereabouts. After some time, they left, taking with them his adopted son called Happy Kwikiriza.

This intimidation of our people must stop. But it will not stop by itself. It is us who must put it to an end.