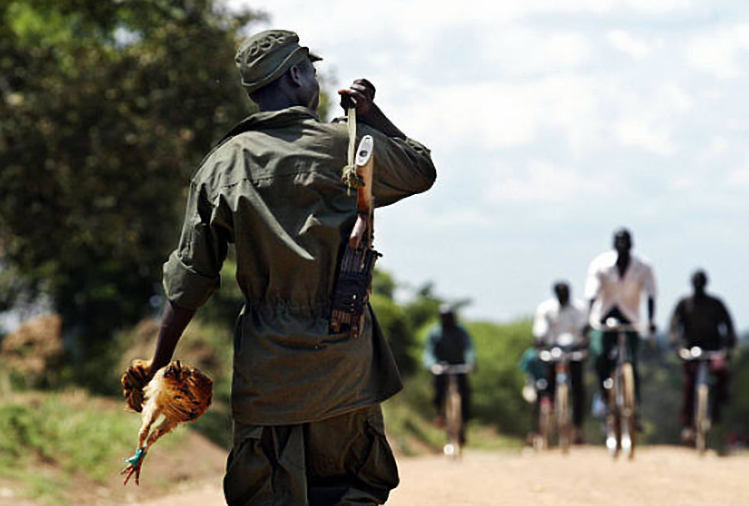 On Saturday night, the cloud of darkness befell the Namugongo martyrs shrine Basilica after one of its own members befell the wrath of the trigger happy LDU personnel.

The young choir member on that fateful night of Saturday reportedly encountered a road block manned by security forces of the Local Defence Unit. Moments before his murder, the youthful church member was interrogated to explain where he was headed at that particular hour of curfew. It was about 21:00hrs when he met his ill fate. A highly placed security source privy to what ensued that night reveals to this reporter that one of the LDU officers just turned up from the road block and fired live ammunition that killed the young man instantly.

“Hakuna kwongea na wanainchi,” a Swahilli remark which losely translates that “we don’t negotiate with civilians”, is reportedly what the trigger happy LDU commando said after shooting down the young man.

He was left in the blood bath and his body was discovered the next morning. The deceased joins the long list of Ugandans who have died at the hands of security forces guising in the enforcement of curfew laws. At least 30 documented deaths were registered as Uganda marks one year of COVID-19.

The LDUs continue to wreak havoc and kill our people in the name of enforcing a senseless curfew that serves no purpose in the context of Uganda. Each day we receive reports of trigger-happy LDUs shooting innocent Ugandans with reckless abandon.

We are struggling for liberation because every Ugandan deserves to live. Gen. Museveni claimed to have fought to end extrajudicial murders, but he has only multiplied them.