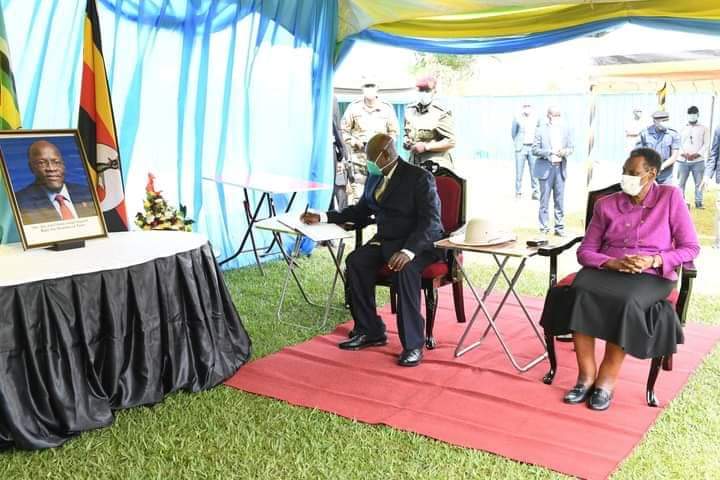 By Monday morning, several heads of states from neighbouring countries had flanked Dodoma, Tanzania to pay their final respects for the now fallen Dr. John Pombe Joseph Magufuli who died last Wednesday to cardiac complications as per a statement issued by Dar es Salaam.

Presidents like Lazarus Chakwera of Malawi, Edgar Lungu of Zambia, Emmerson Mnangagwa of Zimbabwe, Uhuru Kenyatta of Kenya, among others physically attended the ceremony where they even gave their remarks eulogising the fallen pan African leader.

On the contrary, the Ugandan head of state who is an immediate neighbour only a few kilometres North from Tanzania did not physically surface or delegate a representative to deliver his message. Only the legendary musician Joseph Mayanja alias Dr. Chameleone surfaced and his visit was private and not representative of the Ugandan government.

Credible information from reliable sources links Museveni’s boycott to a looming political crisis between him and the African Union. Important to note is the fact that Museveni and the now deceased Magufuli were to sign a document detailing the final phase of the oil pipeline project and that was to be done on March 22, 2021 which was yesterday.

Fearing laying foot in Dodoma where the major send off event was taking place, Museveni, who was suspicious of his own safety opted to hold a parallel arrangement at the Tanzanian high commission in Kampala where he signed a full book painted with tributes to his fallen comrade. Shunning Magufuli’s send off event left many East African heads of state in total disarray with most questioning why of all presidents, it had to be Museveni to decline to surface.