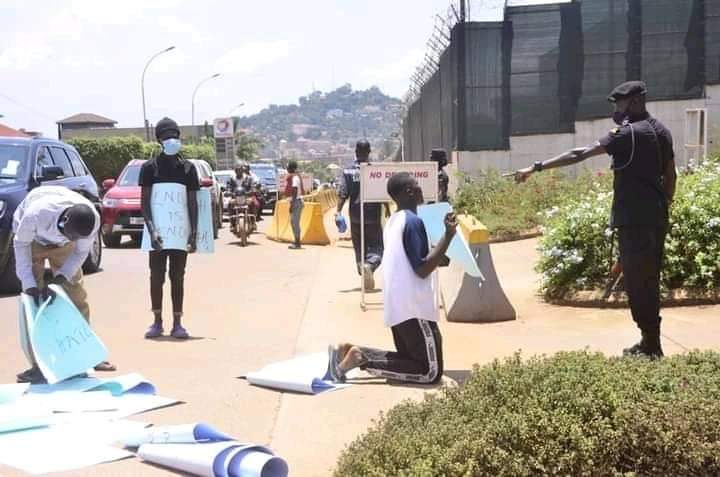 The United States embassy in Kampala will this Tuesday morning follow up on the unlawful detention of their citizen who was arrested by the Ugandan authorities.

Gael Smith Milton, a US citizen was on Sunday morning arrested in Fort Portal for allegedly indulging in subversion.

The police spokesperson in a Tuesday morning statement confirmed the detention of the American citizen but said the matter is to be resolved amicably.

“We expect a team of officials from the US embassy to pay him a visit at the SIU Kireka headquarters this Tuesday morning at 9:00hrs,” Fred Enanga said. “There are foreign citizens who want to influence subversion and violence in Uganda. This is something we will not tolerate as a government,” Enanga adds.

The US embassy however says that they are to ‘closely monitor’ the situation of their detained citizen. An embassy official who spoke to this reporter says they have already ‘briefed Washington’ about the situation.

It is not the first time that the US embassy is clashing with the Ugandan regime. In January this year, the US ambassador, Natalie Brown was blocked by Ugandan military from accessing the residence of the then detaines opposition leader, Kyagulanyi Ssentamu Robert aka Bobi Wine. This followed the denial of US officials from being observers of the Ugandan polls.