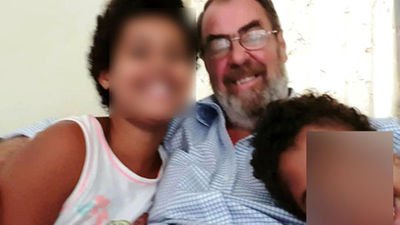 Stubborn Ugandan security authorities have refused to surrender a US citizen who was arrested on Sunday on charges of subversion. The embassy officials had to walk back bare handed after their request to plea for the US citizen was turned down by Ugandan authorities.

Guy Smith, 63, an American citizen married to a Ugandan native woman, Sarah Tusiime has lived in this country for the past 20 years according to revelations by his immediate neighbours in Kitebutura village, central division in Fort Portal city, Kabarole district.

Even after US embassy officials flanked the Special Investigations Unit headquarters in Kireka to bargain for the release of their citizen, Ugandan authorities refused to accept and instead revealed that they can only heed to the request ‘if the commander in chief’ writes to them. The scenario is a perfect replica of the 1970’s when president Idi Amin held Israeli citizens hostage at Entebbe airport and declined to free them as requested by the international community.

Guy Smith is being detained at Kireka SIU headquarters pending investigations. The American born in Kentucky is being accused of abetting subversive crimes. Upon his brutal arrest which ensued at 3:30am, security ransacked his home and took off with his personal electronic gadgets. In a Tuesday tweet by the police spokesperson, it was confirmed that the American has been undee security surveillance.

“A task team from the Special Investigations Division [SID] arrested Guy Smith, an American national, on the 21.03.2021, from Fort Portal for his alleged involvement in anti-government subversive activities. He remains in custody at SID, Kireka, as inquiries continue. Any new information will be communicated accordingly,” Mr Enanga tweeted on Monday.