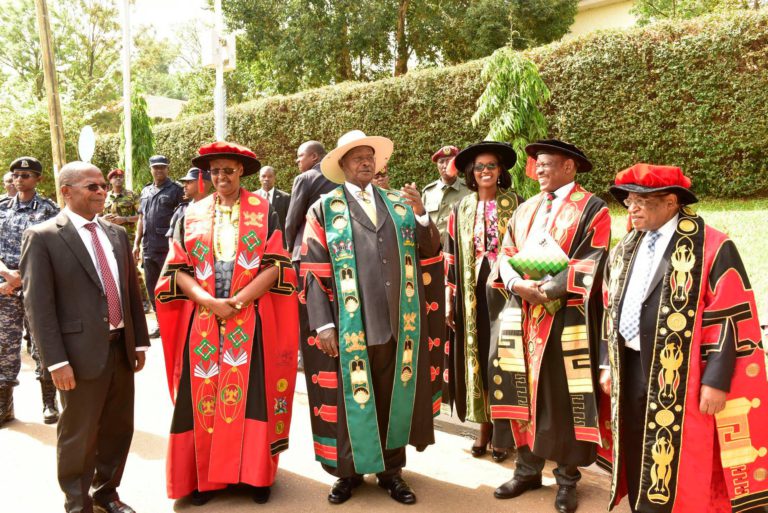 The Makerere University Vice Chancellor, a sworn cadre of the NRM regime, Prof. Barnabas Nawangwe has for the second time postponed the 71st graduation ceremony from the long awaited May 10 to May 17.

This follows a university council resolution where the Vice Chancellor clearly put it that he must attend the inauguration ceremony of his colleague, Yoweri Tibuhaburwa Museveni who just secured a sixth term to extend his rule to 4 decades.

“We cannot hold a graduation ceremony on the same day when our president is swearing in,” Nawangwe reportedly told council members. “Besides, I cannot divide myself into two yet I must attend the inauguration of the president,” he added.

The graduands are to wait for an extra time to grant their Vice Chancellor a chance to attend to his private duties.

Nawangwe, a cadre to the ruling regime has suffocated the institution since he took over the office of Vice Chancellor. In his tenure, opposition leaning students and staff have arbitrarily faced suspensions and dismissals and some are even thrown in the prisons.

It is still in Nawangwe’s term that the world heritage building dubbed Ivory Tower which was the signature building was razed down by a deliberately lit fire. To date Nawangwe remains in office despite calls from the alumni calling for his indictment. Because of his closeness to the first family, Nawangwe has never been punished for failing to protect the university main building. Up to now, the fire report has never been released to account for what exactly led to the total destruction of the UNESCO world heritage building.