Nambooze urges Kadaga to retire and save her legacy 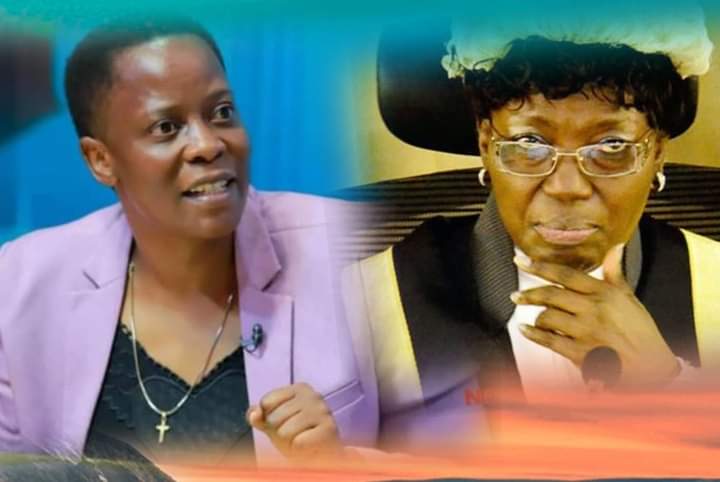 The outspoken Mukono municipality MP Nambooze Betty Bakireke, has advised the Speaker of parliament, Rebecca Alitwala Kadaga to honourably stand down from contesting for the post for another term or risk sacrificing all her integrity at the alter of Museveni’s merciless humilation.

The Mukono iron lady gave the advice on March 25 on her Facebook page while giving her thought on the battle for speakership.

Here we reproduce her utterances verbatim;

My elder sister Kadaga, I’m surprised that up to now you don’t know that Museveni can do anything under the sun for power?! You challenge him to call MP -elects under his cult and you think that is too hard for him? I advise you Rebecca Kadaga to use this opportunity to seal your legacy…I think that standing down from Parliament is not a big loss to you. After being Speaker for a decade you can’t be anything else in the August house…you can’t be an ordinary member of the house, not even as a VP….just see how your Predecessor Ssekandi was humiliated…he couldn’t serve his constituency as MP while holding the empty VP chair, he performed so poorly in Parliament because after being Speaker for a decade he could fit in the house not even as a frontbencher, voters detected it and voted him out…If you cant step. down I advise you to go Museveni and promise him for sure to amend the constitution to make Uganda a Presidential Monarchy, promise him to kill us next time we oppose the amendment of the constitution or allow him to appoint you VP and wait for your day to be like the man from Kyanamukaaka…OR be the Rebecca Kadaga gifted to Uganda as an inspiration for our girls, stand for justice, for the independence of the Parliament stand up and claim respect for the separation of power for the three arms of Government, stop seeking to please Museveni by reminding him of how you saved him from Togikwatako because this hurts and. makes some of us who would have sympathized with you bleed with pain, yet M7 doesn’t want to hear that him the visionary was rescued by you…He knows the amounts of money he spent and the night meetings he held with our naughty MPs like Hon. Waluswaka, how he withstood embarrassment to send the army to beat up MPs whom according to Hon. Nakabirwa you pampered…. be that candidate who can make Ssemujju. reconsider his candidature, move as a fierce lioness of Busoga to win or lose with the people and retire honorably. Do you really. have to struggle that much to be Speaker, why don’t you invest those energies in the Presidency?