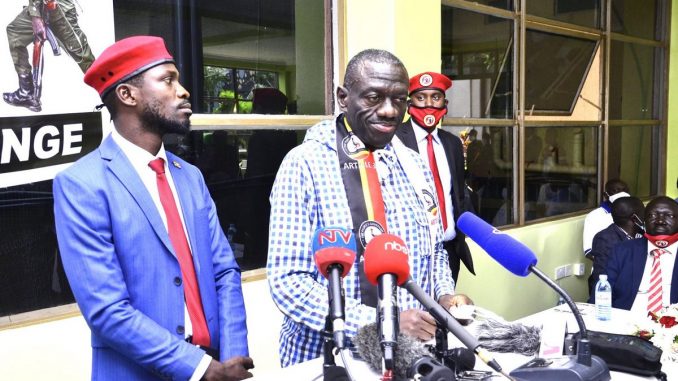 Patricia Ssewungu, a prominent outspoken supporter of the National Unity Platform party has rallied Ugandans to embrace unity if they seek to reclaim back their freedom looted off by the dictatorship presided over by Gen. Yoweri Tibuhaburwa Museveni, a guerrial warrior who rose to power in 1986.

Ms. Ssewungu in a dossier she authored this morning says Ugandans must cease bickering, iron out their political differences and unite for a common purpose of liberation. She argues that problems affecting the country are non selective and do not look at political affiliations. She says the suffering Ugandans go through is indiscriminate and tackles everyone which is why she looks at unity as a core means of achieving liberation.

They will initiate all sorts of diversions to detract us from focusing on the core mission. Before we morphed into the National Unity Platform party, we clearly put it that our activism wing dubbed ‘People Power’ was to stay. NUP only came in as the political wing where we were to base to compete democratically. Our revolutionary wing, People Power is non selective in political denominations. It unites all the oppressed and implores them to resist repression. We must make the country ungovernable using legitimate powers mandated to us by the constitution.

The state is smart but we have to be tactical. They are diverting us with endless propaganda. They don’t want us to demand for our victory and the freedom of our detained comrades serving bogus charges. They have now reduced the battle to speakership. Comrades, let’s not fall prey to these petty discussions. Our mission is beyond speakership. We just need to reclaim our country and accord it civilian rule. We have to retreat from bickering and we put all our eyes on the ball. We know the price of freedom is hefty but let’s not relent from struggling to attain a better new Uganda🇺🇬. I choose to attach a picture retrieved from the Myanmar protest group where people are resisting a Junta not different from ours back home.
#freeournupcomrades
#FreeUgandans
#M7mustgo
#ugandaisbleedingsilently