Cranes knocked out of Afcon 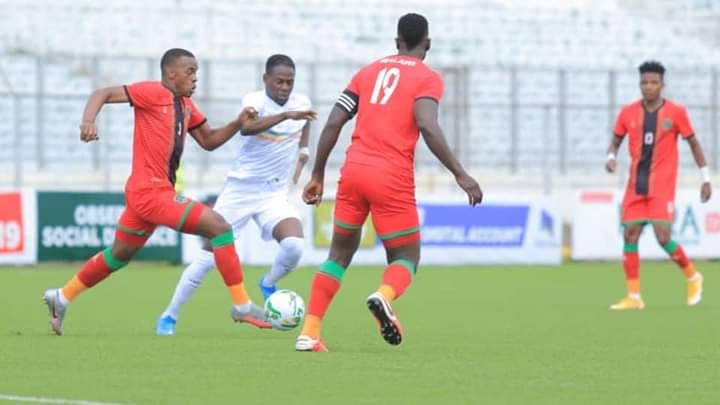 Uganda failed to secure a third straight Total Africa Cup of Nations ticket after they were humbled 1-0 by Malawi at Kamuzu Stadium in Blantyre on today, Monday.

Malawi needed a win to join the Cameroon party and a header by Richard mbulu in the 15th minute of the first half coupled with resilient defending earned them the victory over Uganda, who were participants in the 2017 and the 2019 Afcon finals.

Mbulu could have registered his second in the 22nd minute, but Onyango was alert to deny him this time around, with a quick reaction towards his right to collect the headed ball and save the moment for under pressure Uganda.

Uganda could have equalised in the 33rd minute had striker Emmanuel Okwi been alert enough with the ball in a promising position. The Al Ittihad star lost possession at a very critical stage to deny the Cranes a chance to restore parity.

Kizito Garvin , who was in Uganda’s squad for the U20 Afcon in Mauritania, where they reached the final, was given his debut in the 44th minute when Ronald Mukiibi got injured and was unable to continue after medical attention.

As the second half began, Coach Abdallah Mubiru introduced Allan Okello and Taddeo Lwanga who had to deal with health issues after Fufa claimed results from a local hospital had found he was Covid-19 positive. However, after push and pull, he was cleared and started from the bench.

Uganda’s loss to South Sudan in November 2020 and a 0-0 draw against Burkina Faso at home in March are the results that made their journey quite complicated. On the other hand, a win over the Bright Stars gave the Flames a qualifiers lifeline before the hard-fought win over the Cranes.

Just as in 2012 towards a must win match against Kenya, the Cranes suffered a setback after their crucial player David Obua was suspended from camp for refusing to meet President Museveni. The results of the match left the cranes heartbroken after they failed to beat Kenya. This time around, the same fate followed the cranes after their dependable Box to Box midfielder Khalid Aucho was suspended for refusing to adhere to the camp code of conduct rules.