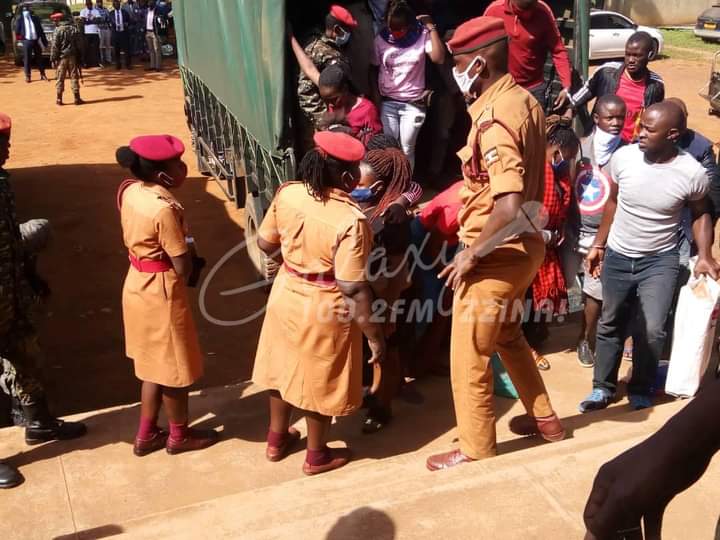 An ex inmate says there is resounding evidence of corruption qnd extortionist tendencies among the wardens who man the Mityana road based Kitalya prison.

This revelation was exposed on Monday at NUP party headquarters in Kamwokya where the party had a presser and paraded some of the abduction amd torture survivors to give an account of their ordeal and prison experience.

One of the victims whose name we will not pin in fear of exposing him to further security harm by the forces narrated that the torture they undergo behind the walls of Kitalya is inexpressible.

“The facility is filthy, we are made to sleep on one another like biscuits in a pack. The rooms are poorly ventilated and the cells are overwhelmed with numbers,” he says. “We have to queue up for hours just to access the toilet services and in most cases inmates are forced to stool within the cells because it’s hard to access a toilet. People’s children are exposed to all sorts of injustices inside Kitalya,” he adds.

From his narration, he further intimates that inmates who fail to cope up with the harsh prison life end up losing their lives. “I have seen people dying inside the facility. A mortuary exists to handle the bodies which are then secretly buried in mass graves. Most of the youths in Kitalya are political prisoners picked up by security just for supporting Bobi Wine or having clothes linked to NUP,” he adds. “The bed bug infestation, fleas and chronic diseases like Tuberculosis and diarrhoea have killed many young people,” he reveals.

The ex convict also implicates wardens for masterminding an extortionist scheme where they call relatives of inmates and ask them to send money. “They used to force us to call our relatives for money and whenever the money would come, they would share it among themselves,” he says. “Prison warden number 13295 whose name I saw on uniform as Etangit and another called Auma were the lead extortionists and have reaped big from indulging in that scheme,” he adds.