Keeping up with Gutti: man who split families 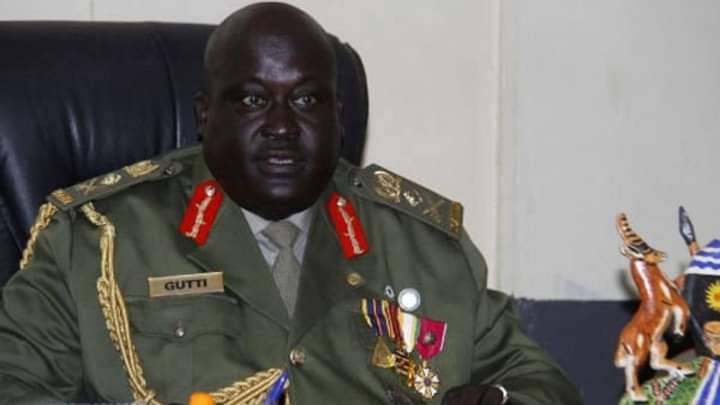 This man, Gen. Andrew Gutti, is the Chairman of the Military ‘Court’ Martial based in Makindye. In a space of 4 months, this man has remanded to prison WITHOUT TRIAL hundreds of my agemates — youth fit to be his children or grandchildren. This, after presiding over the kangaroo ‘Court’ that read them charges that he certainly knows they’re innocent of. For most of his victims, Gutti did not allow them to make bail applications after they were arrested for not supporting Gen. Museveni.

Many of the youth, such as JohnBosco Sserunkuuma, last appeared in this man’s ‘Court’ in December last year! Stanley and the rest of our campaign team comrades arrested in December 2020 last appeared in this man’s ‘Court’ 1+ months ago when their bail applications were being dismissed on bogus grounds. Since then, these comrades’ files have not been called again. Gutti’s ‘Court’ is completely silent on when next they’ll appear before it. No body knows what’s going on. There is nothing that continues to torment the comrades in Prison than not knowing their next Court date!

For many of them, they have lost jobs or businesses. Their families have disintegrated. Their relatives spend nights in tears and thoughts, hopelessly praying that they wake up tomorrow to find their people back home. They have spent millions of shillings chasing corrupt Court processes that have often times ended in nought.

Lawyers and the law have been rendered completely useless by and in this man’s ‘Court’! Relatives and friends of the jailed youth have been treated like thugs by this man’s ‘Court’ whenever they try to follow up on their people’s cases! How much longer will this nonsense go on when Civil Courts to which we had run for redress compounded our misery by holding that whatever is going on in the Court Martial is okay???!!!

I feel so frustrated and angry because I just realised that there is nothing in the law that I spent years being taught that will compel this man to treat in accordance with the law our friends, brothers and comrades who appear before him. Tuddukile wa banange???!!!