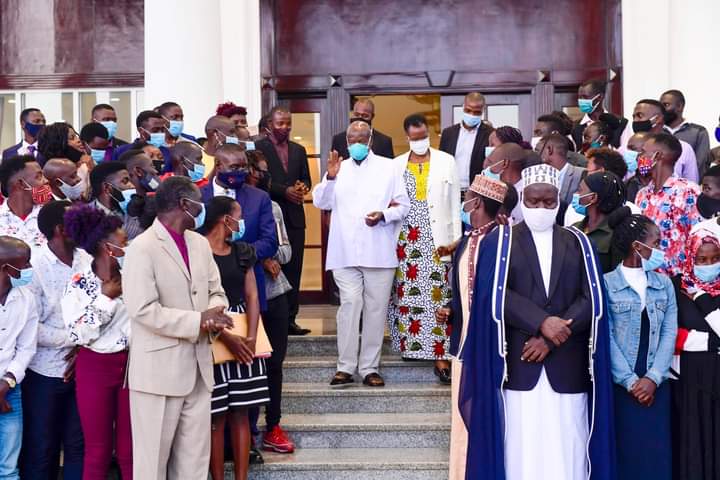 This came after the Muslim leader pledged to harmonize tension between opposition youthe especially those in Central Uganda who are not in good terms with the leadership of the 77 year old dictator. In the meeting, some of the youths were forced to decline their allegiance to the National Unity Platform party if they were to be bailed out of ‘poverty’. Museveni acknowledged that indeed the youths were being disturbed by their redundancy status and vowed to get them scholarships, jobs and livestock if they denounced Bobi Wine.

Mubajje who spearheaded the deal has for long been under lambasting from his fellow Muslim clerics who accuse him of being silent as the government cracks down on Muslims who are arbitrarily arrested and linked to terrorism and treason charges. Mubajje himself in 2018 was blocked from visiting jailed Muslim political prisoners. Despite all this, the UMSC leader has remained in good terms with Museveni. In fact, last year he successfully lobbied for brand new vehicles from the NRM government and shared them with the district khadis who were to mobilize for the ruling party.