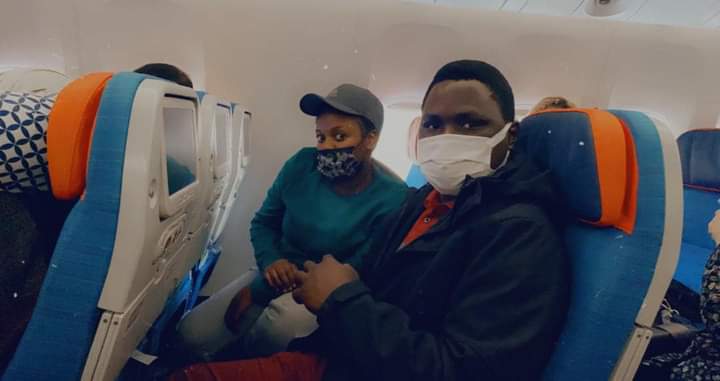 Zaake confirmed that he had landed on Uganda soil in a Facebook post he published on early Thursday morning and attached a photo of himself and his wife, Nnamirembe Bridget.

The legislator has successfully recovered his sight that had been blurred during the riotus conduct of the armed forces that were hampering his visit to the condemned ex presidential candidate Kyagulanyi Ssentamu Robert aka Bobi Wine who was under restraint and confinement at his Magere residence in Wakiso district.

Zaake says all the bills he has used in the States were a combination of his personal pocket, friends and relatives.

He says he will first take some rest as urged by the medical experts though he will not relent from resisting dictatorship. “I will start from where I had stopped,” the MP told this site in a phone call engagement. “The struggle is just beginning. I feel energized, renewed and reborn. We will only stop when it’s over,” he adds.

Born in Mityana to peasant parents that worked hard to push his education journey, Zaake graduated from Ndejje University with a second Bachelor’s degree in logistics. He served as guild president in the year 2016 and at the same time as an MP making him the first guild president in a private university to run two offices at a go. Zaake is also the youngest MP in the outgoing tenth parliament. He joined parliament at age 25 when he had just completed his studies at university.