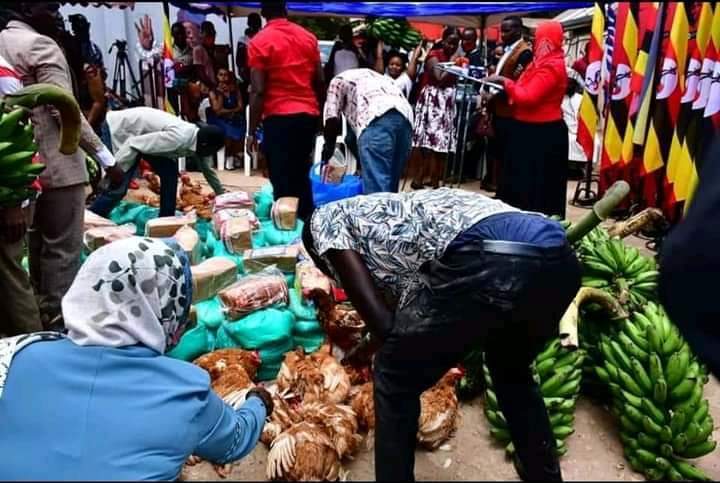 The National Unity Platform party spent their biggest section of Holy Thursday sharing food items and relief packages for the families of victims of abductions and those remanded to prisons by the infamous court martial boss ,Lt. Andrew Gutti.

SEE ALSO: Keeping up with Gutti: man who split families

At the press conference which occured at the party headquarters under the watch of the NUP secretary general David Lewis Rubongoya, relatives of people languishing in jail cells and safe houses were called out to collect food items and other household reliefs to share with their children.

“Most of our comrades were bread winners of their families,” one of the people at NUP told this site. “Throwing them in jail for an indefinite period is a direct means of sanctions the children, women and parents they were catering for,” she adds.

Lt. Gutti who has presided over one of the worst terror on political dissent in recent history will comfortably have a convenient Easter celebration with his family. This notwithstanding the wails of children, women and elderly whose children he has thrown to the dungeos for indefinite sentences. On record, Gutti has frustrated all avenues of securing bail for the languishing young supporters of NUP. This according to reports is what satisfies his deeds since he is one of the serving soldiers that were opposed to the rise of Bobi Wine and the People Power movement.