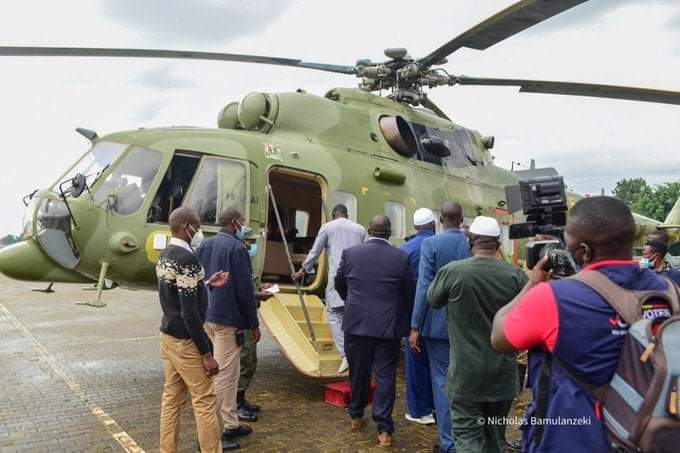 The military chopper which today airlifted the international Senegalese US based music star Akon, was used in December last year in a crackdown mission that left close to 80 supporters and campaign agents of the NUP party leader Kyagulanyi Ssentamu Robert aka Bobi Wine arrested brutally.

While the international artiste has cluelessly paid a visit to a nation known for its gross rights violations and crackdown on the dissent, he seems to even be green on simple facts like the arrest of Nigerian artistes; Omah Ley and Tems, or even the 2005 planned assassination of the Sudanese leader, Dr. John Garang who died on a military chopper returning from the Rwakitura countryside home of Mr. Museveni.

Ugandans have already flooded Twitter to sting Mr. Akon and remind him that his fully faciliated visit is at the expense of tears and blood of the (Ugandan) taxpayers. “Mr. Akon, you’ve been hoodwinked into doing what DJ Khaled declined to do. Mr. Museveni is busy murdering Ugandans. Your fellow artiste @BobiWine is tortured for defending rights,” a tweep said. “Let Museveni take you to the cells where he is holding thousands of youths opposed to his rule,” another tweep added. The hashtag #UgandaIsBleeding has already rocked Twitter and looks to be the most trending.

Similarly, the police van used in Luuka last November when RPC Frank Mwesigwa ordered the arrest of Bobi Wine that would later lead to the death of over 54 people, was used in the arrest of Nigerian star Omah Ley.