Archbishop Lwanga was under state trail 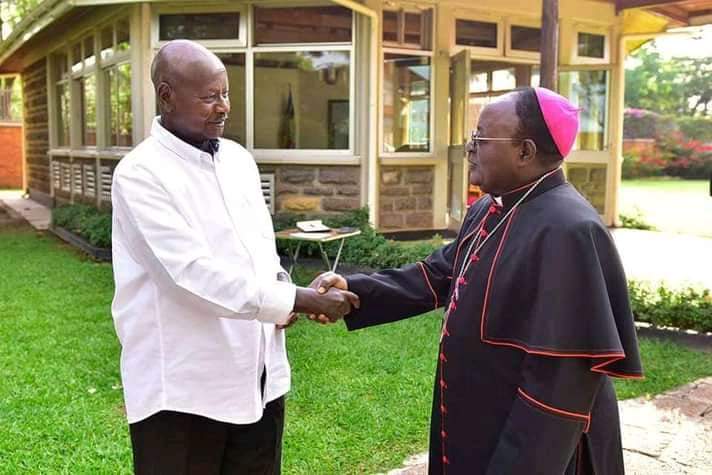 In March 2018, Dr Lwanga downplayed reports that he was plotting to overthrow President Museveni. Dr Lwanga’s comments were in reference to a phone call he reportedly received from an anonymous person indicating that the state had received information linking him to a plot to overthrow the government.

The caller reportedly told him that government had recruited informants within the church’s ‘set up’- who had surrendered information to the president on the alleged plot.

“A few days ago I got a telephone call and on the the telephone you can see the number of the person but it had ‘private’, so I didn’t know [who was calling]. This person had an accent from western Uganda and this is what he told me. That ‘there are many lies being told to the president’. Two, that ‘even members of these organisations have recruited your priests, your sisters, your brothers, even catechists and even seminarians.’ And I said, ‘what?’

“Even this man [anonymous caller] told me last week that be careful my Grace. You might be the next [Janan] Luwum. I said my goodness! If God wants me to die that way, I will. But if I am going to die for wrong accusations, that is criminal. You know for murdering people there are two things; you can shoot a person over what they call character assassination. So some members of ESO, ISO, CMI etcetera, they are character assassinating people and that is not good. But fortunately, those of you who are believers, there is still in a period of lent which are concluding tomorrow…I kindly call upon you to repent and stop telling lies.” Lwanga pleaded.

“I call upon all of you to stop telling lies. Stop misleading our president. Mr President we love you very much and that is why we have been electing you. These people are your enemies. They’re going to make you fail because your mind is poisoned and you act on such information.”

The cleric who was Saturday morning found dead in his room, last made a public appearance on April 02 during celebrations held in commemoration of Jesus’ crucifixion, centuries ago.