Catholic church, Gov’t at loggerheads over death of Archbishop 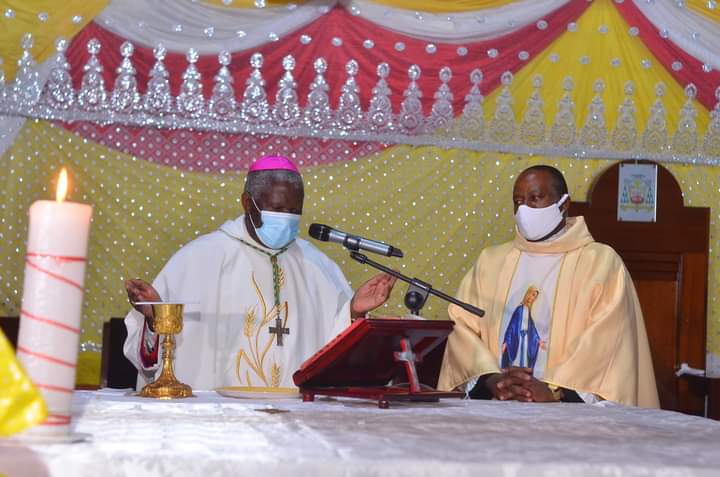 There are ongoing tensions between the Catholic church and central government following parallel postmortem proceedings that dispute the findings of either parties.

Since the untimely death of the Kampala Archbishop Dr. Cyprian Kizito Lwanga occured on Saturday, government through its officials have been striving to convince a doubtful population that believes the deaths of outspoken clerics are patterned. In almost ever space of 3 months ranging from the deaths of Kibuli mosque Dawa head, Sheikh Nuuhu Muzaata, Rtd. Masaka Archbishop John Baptist Kaggwa to now the Kampala Archbishop Dr. Lwanga, something fishy is detected.

Almost striving to fade away the guilt, the central government through the information Minister Judith Nabakooba urged the public to dispel claims that the Archbishop was poisoned as widely alleged on socal media. Nabakooba repeated the same statements at a mass in Kiyinda, Mityana where she maintained that government was not to tolerate any assertions that the bishop has beem slain.

But now, the puzzle is still on and more doubts and tensions rising. The head of the Episcopal council, Bishop Anthony Zziwa in his Sunday mass in Mityana where the minister Nabakooba was party, raised concerns about the untimely death of Dr. Lwanga. He even prayed for a probe into the circumstances under which the Bishop died peacefully at his residence.

The same prayer was made by the leader of te National Unity Platform party Kyagulanyi Ssentamu Robert aka Bobi Wine during the mass held at Rubaga on Easter Sunday. Bobi, just like the Catholic church are doubtful about what narrative government will issue out to the public. Already, their preliminary findings link Dr. Lwanga’s death to diabetes yet the fallen cleric even in his final moments was never frail nor did he have a history of ailments.

“Did you know that people are still questioning the death of our brother Dr. Lwanga? They cannot imagine it was an accident. I was in Kyankwanzi on Saturday and I received messages on social media announcing the death of Lwanga, I thought people are still in the mood of April Fool’s day until someone confirmed to me the news. I started asking myself whether it was an accident, poison or any other form of death,” Dr. Kityo Luwalira of Namirembe diocese reacted.

“It is such a tragedy that we have lost Dr. Cyprian Lwanga. My message will go to not only the Christians, but all because what the Catholics are facing now, our brothers and sisters in Islam have been facing for a long time and indeed all Ugandans are facing,” Bobi said during the Sunday mass at Rubaga.