Lwanga was NRA sympathiser, not NUP-Museveni 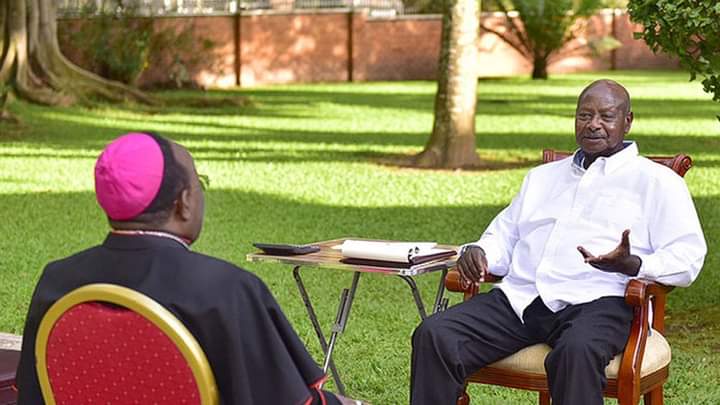 Museveni’s comments are aimed at disputing assertions that the Archbishop had a great attachment to the opposition. Important to recall is the fact that in his Good Friday remarks, Dr. Lwanga appealed for the release of political prisoners who are languishing in incarceration at Kitalya and other prisons.

“We are deeply concerned about the actions of some security agencies in relation to the disappearance of some of our people, especially youths. This is brewing anger, division, fear and anxiety within the population. It totally contravenes the human rights frameworks to which we are signatory as a country. We are troubled that such a disregard of these God- given rights and freedoms shall weaken our social linkup of harmony, social cohesion and responsive leadership.” These were the last public words of Archbishop Cyprian Kizito Lwanga on Good Friday.

On how he felt on learning about the death of Dr. Lwanga, Museveni says he was plunged in shock.
“It was a shock when I heard that he had died. Inquired and then I spoke to the police surgeon who was involved in the postmortem. I think his doctors at some stage will have to explain to the audience. I was told that the condition that killed him is well known. I even asked my young doctor Atwine, and she said the condition is well known,” he says.