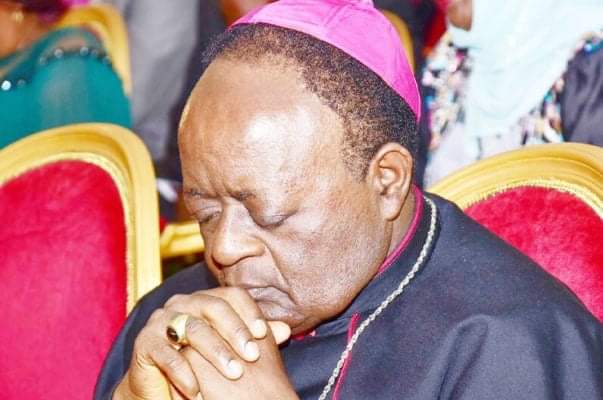 On Monday evening moments after the government pathologists released a postmortem report explaining the death of the Archbishop Dr. Cyprian Kizito Lwanga as a result of cardiac complications, social media was enveloped with a screenshot attributed to the Monitor publications. The attached article claimed that the Pope had strongly disregarded the outcome of the postmortem report and called for a fresh review of the corpse.

When the story made rounds on social media, it triggered panic in the aready timid government officials who rang the Monitor editors in the dead of the night demanding for approval if the story was their own fabrication. Monitor which is already at crossroads with the regime after its ample coverage of the deadly November protests and also a report on Museveni’s covid vaccine saga has been implored to issue an apology for the trending article. By Tuesday morning, Monitor had took to social media to disown the Archbishop postmortem story. 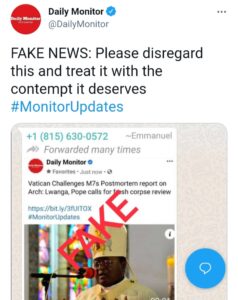