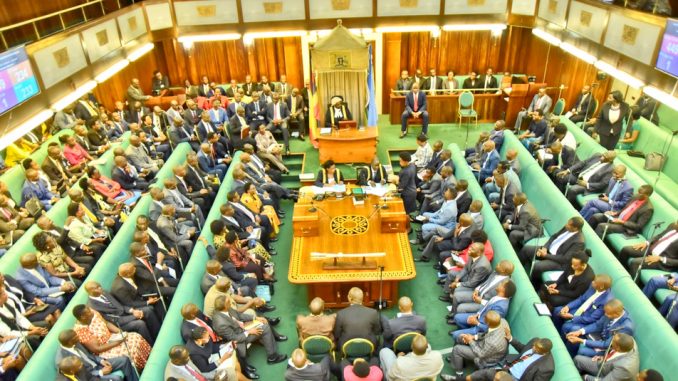 A section of Members of parliament in the outgoing tenth parliament have rejected calls by the office of the clerk tasking them to return the iPads that were given to them by government during the 2016-2021 term.

SEE ALSO: Indebted NRM losers threaten to join Bobi Wine if not bailed out by M7

In a letter dated 31st March copied to all MPs, the office of the clerk for parliament, Ms. Jane Kibirige tasked MPs to submit their Ipad gadges by 31st April as it was clearly said that these are public assets and hence it was mandatory for every MP who lost to return the electronic gadgets.

Some MPs who spoke to this site say they will not register double jeopardy of losing both their seats and privileges. “I will not return that Ipad even if it’s on gun point,” one NRM MP from West Nile says. “I lost an election and again I return things I worked for, never!,” she vowed.

Most NRM MPs in Buganda region say they’re already heavily indebted and hence cannot waste time discussing what should be returned to parliament. “You see, we are not here to discuss every rubbish that comes up,” Kassanda MP Simeo Nsubuga says. “If they think we didn’t work for these Ipads, let them come and knock on our doors and they see what we shall do,” he cautioned.