Bobi Wine in Rubaga at Dr. Lwanga send off 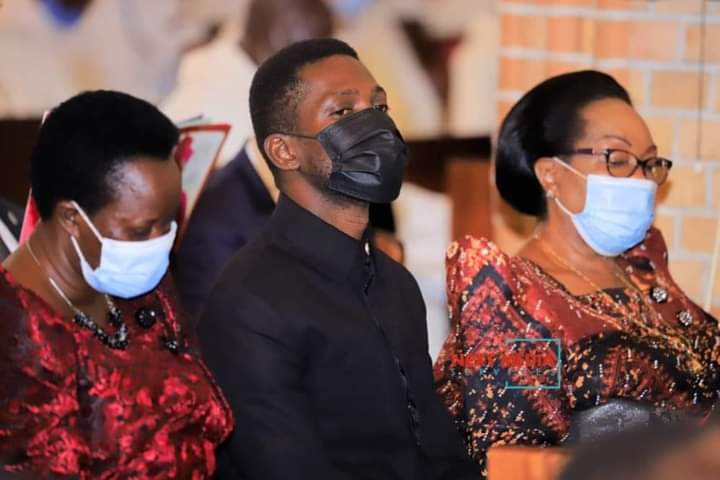 Several officials from the Catholic church, Buganda Kingdom and the central government have arrived at the Rubaga Cathedral where the Archbishop is to be laid to rest. It has been realised that Dr. Lwanga in his will did not disclose his place of choice for burial which is why the church has took it upon itself to lay him to rest. Dr. Lwanga will be the third person to be buried at Rubaga Cathedral after his predecessors; Joseph Kiwanuka who died in 1966 and Edward Michaud in 1945

Mengo is being represented by her Majesty the Queen, Sylvia Naginda, the PM Charles Peter Mayiga while the central government has delegated the Vice President Edward Kiwanuka Ssekandi, Gen. Katumba Wamala among others.

Only 500 mourners with stickers and clear identification have been granted access to the cathedral premises while traffic flow has been diverted to alternative routes for the smooth running of the event which is expected to end in the evening.

On this very day in 2006, Dr. Lwanga was ordained the Kampala Catholic Diocese Archbishop Bishop. Coincidentally, it’s on the same date that he’s being laid to rest.