M7 to NUP: I will not tolerate any more nonsense 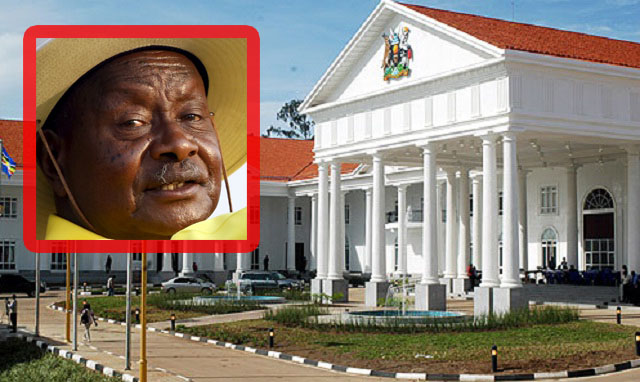 Uganda’s longest serving despot and guerrilla leader, Gen. Yoweri Kaguta Tibuhaburwa Museveni has come to say that the biggest mistake of the opposition especially NUP is to think they can come and take power with the aim of undermining the NRM achievement which he cannot accept.

President Museveni notes that the NRM has brought this country from so far where the economy had fully collapsed and where the lives of people were unsecure.

“We went to the bush to fight for the well being of Ugandans. We achieved that and so those who think will come here to disturb the peace of Uganda are pressing a wrong button because they will regret their actions.” Museveni says.

President Museveni adds that he will only leave power when the right time comes and that is when he will see that whatever he wants to do has been done.

” I will leave one day, I wont be president at 100 No way. But I will only go after seeing everything in order. There are still some elements of skimmers and miscalculators that want to come and undermine our achievements. That wont be allowed.”. He adds

Gen Museveni adds that the opposition has ill intentions for the country and that’s why Ugandans keep begging him to stay as President.