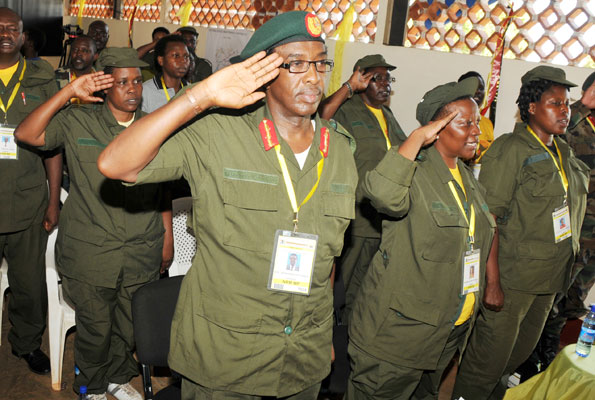 The newly elected Members of Parliament under the ruling NRM party have been summoned to Kyankwanzi National Leadership Institute where they are to retreat for more than a fortnight according to credible sources.

The MPs congregated at Kololo independence grounds on Thursday before setting off for Kyankwanzi. All have been asked to turn off their mobile phones and communication gadgets in a bid to teach them how to conceal party information from leaking out to members of the public.

One of the newly elected NRM MPs disclosed to our reporter that they were invited via SMS texts which read, “Dear Honourable, you’re hereby invited for the Kyankwanzi retreat. Matters to discuss are highly confidential. Attend in person.”

He however adds that they have been hinted at what is enshrined in the order paper where NUP and Bobi Wine too will be discussed. “They said even the leading opposition party, NUP and its president will be part of the agenda on paper,” the MP says.

NRM communications strategist, Emmanuel Dombo Lumala says the party retreat will take a lengthy time and that by the time MPs return, they will have learnt a lot about their ideology and manifesto. Also likely to be wrapped up is the matter of speakership which has been in the media for some time. “No MP will be allowed to leave till the retreat is over,” Dombo says. “We have availed both land and air ambulances on standby in case of any health emergencies,” he adds.