Cape town on fire as Ugandans demand for M7 resignation 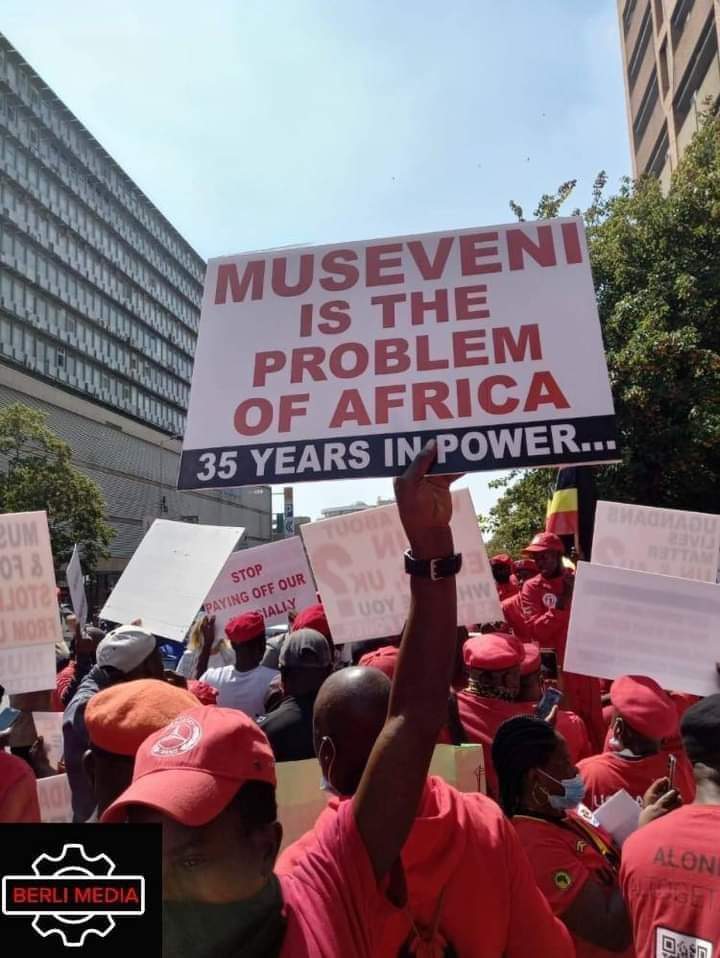 Ugandans in Cape town, South Africa have this Saturday morning stormed the streets protesting the ongoing repression back home in the land locked East African nation. The protest comes barely days after related concerns were raised by Ugandans living in Europe and the North America. The enraged protesters are all seeking action by the international community on military elements in the government of Gen. Yoweri Museveni.

Armed with placards inscribed with wordings denouncing Museveni’s rule, the protesters are demanding that the African Union takes relevant action on the prevailing dictatorship in Uganda. “We urge the African Union to take action on Museveni and his military men,” one of the protesters said. “We strongly condemn the repression inflicted on Ugandans and we call on the relevant authorities to rise and take steps to put this to an end,” another protester shouted.

Ugandans have for the past 4 decades endured the misrule of Gen. Museveni, a guerrilla war veteran who ascended to power in January, 1986. His reign has been mired with gross human rights violations and repression targeting the dissent. His challengers; Dr. Kizza Besigye a four time presidential contender and Hon. Kyagulanyi Ssentamu Robert aka Bobi Wine have faced prison multiple times for trying to oppose military rule. Bobi Wine, a popstar who joined active politics has been condemned and sanctioned by the authoritarian NRM government. His music for instance was banned from all Ugandan mainstream media airwaves while he himself, has been indefinitely suspended off the stage.