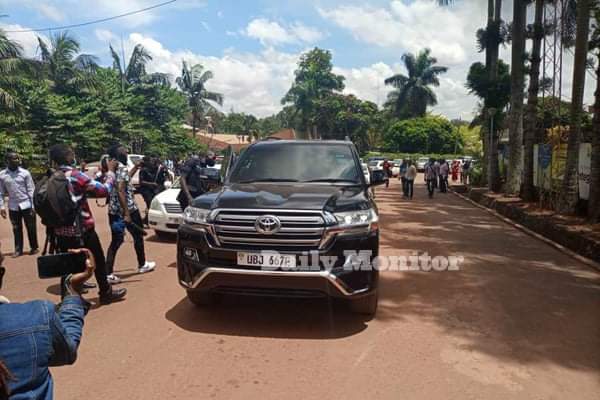 The vehicle was delivered on Friday by Hon. Kyagulanyi’s legal team under the Wameli and Co. Advocates in strict adherence to the judgement given by High court judge Emmanuel Baguma who directed that Bobi Wine complies with the URA request. It should be noted that Hon. Kyagulanyi’s lawyers had requested the URA officials to re-inspect the vehicle from their client’s residence in Magere, Wakiso district something they declined and insisted that it gets delivered to the head offices in Nakawa.

The vehicle has spent its first night at the customs bond. This site has learnt that Bobi Wine lawyers did not submit the keys to the vehicles after URA officials asked for more time to inspect and re-evaluate the car. They claim that since it’s a weekend already, they are to start inspecting the car on Monday.