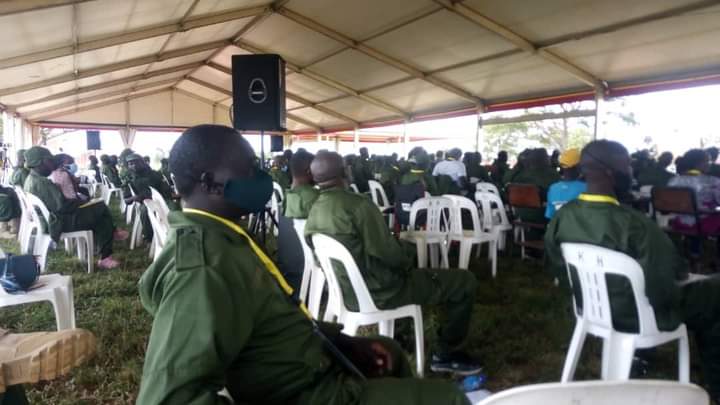 The ruling NRM party has told its newly elected Members of Parliament to take keen interest in helping the party chairman Gen. Yoweri Museveni in taming the entrenchment of NUP and its leader, Bobi Wine.

A source who happens to be an MP from Eastern Uganda says since the Kyankwanzi retreat kicked off on Friday, the main discussion has been hinged on the National Unity Platform party leader, Hon. Kyagulanyi Ssentamu Robert aka Bobi Wine. “We expected the heated speakership debate to be settles but up to now, our trainers are preaching only Bobi Wine and NUP since Friday,” the MP told this reporter. “We are being told not to allow Bobi Wine to confuse the youths. I don’t what our trainers mean by that,” he adds.

The MPs are to be taught the NRM manifesto of loving Museveni unquestionably, armed combatant tactics and the use of the fire arms to defend the nation from invasion by an internal and external enemy.

The retreat which kicked off last week saw MPs of the NRM embroil in a drinking spree on the bus that drove them to the remote Western district of Kyankwanzi. On the bus, champagne, whisky and wine from the Anita Among (intending Deputy speaker) was being served in a bid to entice MPs into rallying behind her.