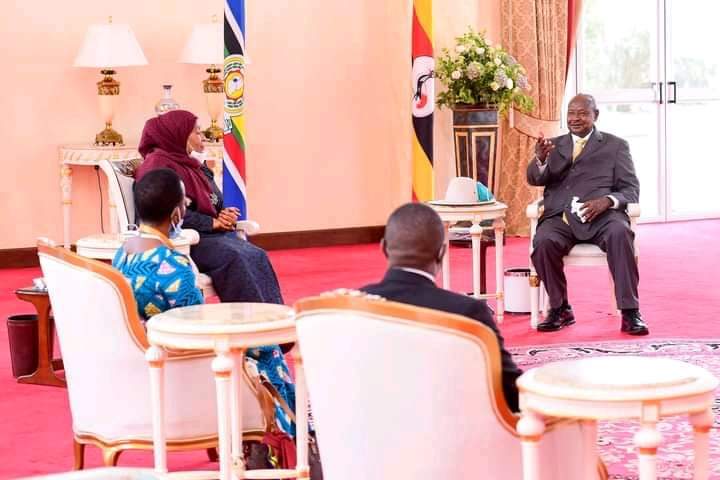 The signing of three agreements by the presidents of Uganda & Tanzania, and the head of oil giant Total- renews hope that commercial oil production could finally kick off in four years’ time.

Moments after stroking the pen to the oil deal, Museveni used the podium to roast his predecessor, Idi Amin Dada whom he accused of ruthlessness.

“42 years ago, we liberated Uganda. Amin thought he was big headed. We warned him to stop killing Ugandans and he didn’t listen. We decided to arrange and after we came and crushed him out. He regretted his actions. No one can disturb the peace of Ugandans. Absolutely no one,” Museveni said during the signing of the oil agreement.

He further commended Tanzania and Total for finally consenting to the project as he exclaims that it shall be of great significance to the entire East and Central African region. “If the brother countries work together, there is, then, the oil in Congo and South Sudan. This pipeline could turn out to be a very important project that may serve the region, not only in the short term but also in the medium, if not in the long term,” he said.