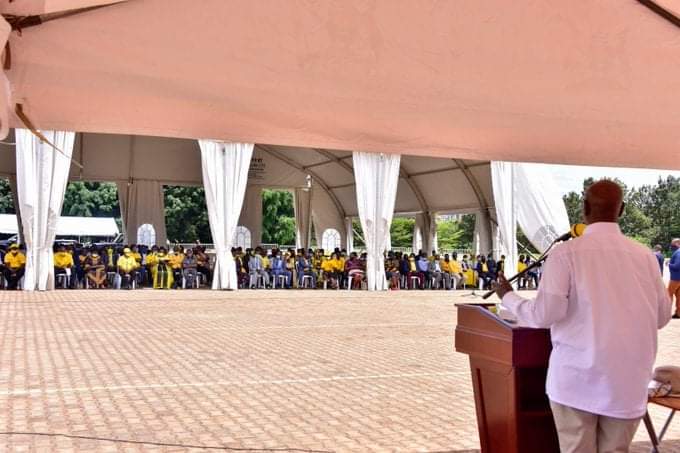 Last Saturday, a group of over 450 members of the ruling NRM party sought audience with their chairman decrying the heaps of debts they registered during the concluded polls. The group that included councilors, chairpersons and other independent but NRM-leaning candidates met with the president, who also doubles as the ruling party national chairman at Kololo independence groups and sought assistance through a memorandum read on their behalf by Singh Katongole, the NRM Vice-chairman for Kampala.

The candidates decried their plight before Mr. Museveni who they told that he over spent too much money on buying off ‘useless’ people like Full Figure, Bajjo, Basajja Mivule and the likes.

“By dealing with individuals like Full Figure, Bajjo and Bebe Cool among others on the expense of party structures, we had to lose out,” the flag bearers told Museveni. “When you give them money, they go to social media bragging about it causing a rift within the party supporters. Whenever we went to ask for votes, people told us to go to Bajjo, Bebe Cool, and Full Figure to vote for us,” the added.

The losers suffered double jeopardy after Mr. Museveni openly told them off that he was not going to heed to their request. “You should invest in business, not politics,” Museveni reacted. “I am not in position to discuss that right now. Allow me refund your transport that brought you here. We shall reschedule and look into this at a later stage,” he said as he closed the interaction.