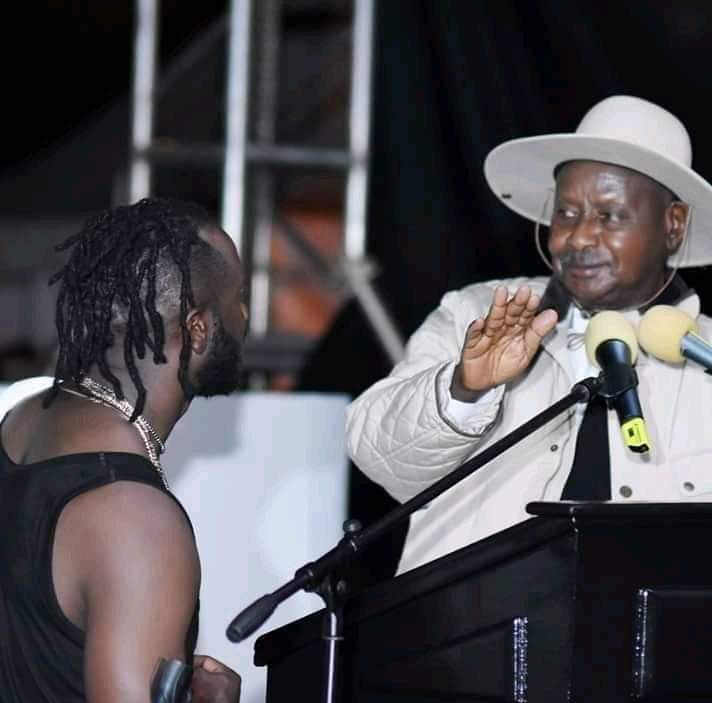 In a brief statement he has published on social media, an embittered Bebe Cool roasts the Mmengo establishment for being mute as the Kabaka’s condition worsens. “As a concerned Muganda, I seek to understand why the Kabaka is being kept in Uganda where the health system is strained and can’t handle his ailment? What don’t the Mmengo officials see? Why the loud silence?,” Bebe Cool asks. “People of dignitatories are rushed abroad for treatment. Why can’t the same be done for the Kabaka? The Lord Mayor Erias Lukwago is rushed to Nairobi even when he gets fever. Why can’t the Katikkiro Mayiga and other Buganda officials borrow a leaf?,” Bebe adds.

He goes ahead to wonder why they allowed the Kabaka to make a public appearance in such a frail tear triggering condition. “Why did you bring him for the ceremony when you knew he was not okay? Did you bring him to embarrass him before his subjects?,” he asks before going ahead to rally his confidant Gen. Yoweri Museveni to reign in and ‘rescue’ the Kabaka. His appeal to Museveni has drawn public condemnation with Buganda subjects saying Bebe Cool has derailed by calling for assistance from the ‘prime suspect’ in the Kabaka’s scientific ailment.