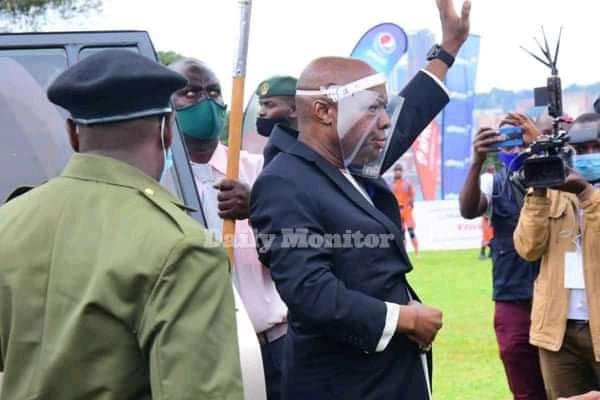 A whistleblower in the Mmengo establishment has revealed that the Prime Minister of Buganda Charles Peter Mayiga was hesitant to tolerate a public appearance by the Kabaka of Buganda His Majesty Ronald Muwenda Mutebi II. It is said that Mayiga and his accomplices were not in good terms with the Kabaka to come out in such a frail health condition.

“They tried all avenues to ensure he does not attend public events. It is for that matter that all kingdom events were presided over by Mayiga himself” the source says. “But Kabaka defied the command and insisted on attending his birthday event. Mayiga and his clique did not like the idea because they knew how embarrassing it would be,” adds the source.

The Kabaka after realising that he is under occupation of an external force probably imposed by the central government through its accomplice, Mayiga decided to be a whistleblower of his own. His public appearance on his birthday was meant to communicate to his subjects that things were not going well inside the palace. ‘I am under siege and this could perhaps be my last appearance,’ his body language and facial expression tried to say. The Kabaka seems to be living under trauma. The defance he made when instructed by his security attachee from the UPDF all show some element of protest. Even his own traditional guards (Bambowa) are no longer allowed to get any closer to him which leaves us with multiple questions that need urgent answers.