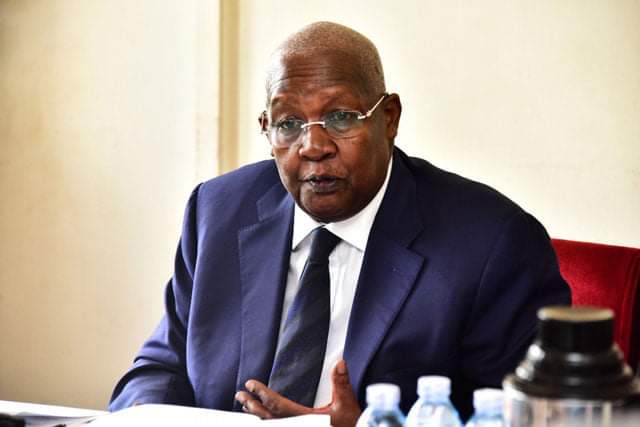 The Foreign affairs minister, Sam Kuteesa has disputed claims that security forces are behind the prevailing abductions targeting supporters of the National Unity Platform.

“…anyone suspected of wrongdoing in Uganda will be arrested, investigated and subjected to due process of the law,” Mr Kutesa emphasized on Tuesday as he spoke to the EU delegates. He however said whatever transpired was regrettable but it’s time for the country to move on.

Over 222 supporters of NUP have so far been dropped by security forces after spending months in custody. Hon. Kyagulanyi Ssentamu aka Bobi Wine in his remarks has been urging the government to unconditionally release his supporters though this has always fallen on deaf ears. 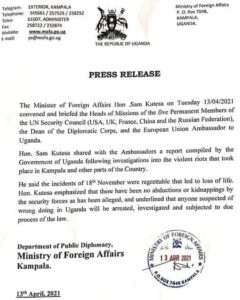