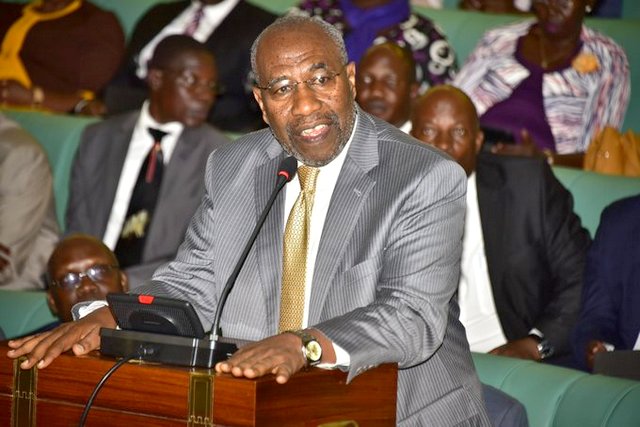 The Prime Minister Dr. Ruhakana Rugunda has disputed ongoing rumours that he recently penned down a letter to Mr. Museveni tasking him to relieve him of his cabinet duties in the looming government set up. Dr. Rugunda who has served in almost all preceding governments on Tuesday summoned a presser at parliament where he said he is still energetic and ready to serve till death.

“I am going no where because there is still a lot I should do for this country,” Rugunda said. “Whatever is being said that I’m retiring is nothing but a mere rumour. It’s a fabrication, concoction done by people on social media. I have the energy and I’m ready to serve till death,” he added.

When asked if he would be step down if not retained as prime Minister, Dr. Rugunda said he would humble himself and await another fat appointment. “If I’m dropped, I shall go for whatever is available because I don’t have plans to retire,” he reacted. On NUP youths taking up leadership of this country, Dr. Rugunda says they still have a long way to go and they need the experience. “Young people first have to go through orientation to learn these things. It takes time. That’s why we are still around,” Rugunda says.