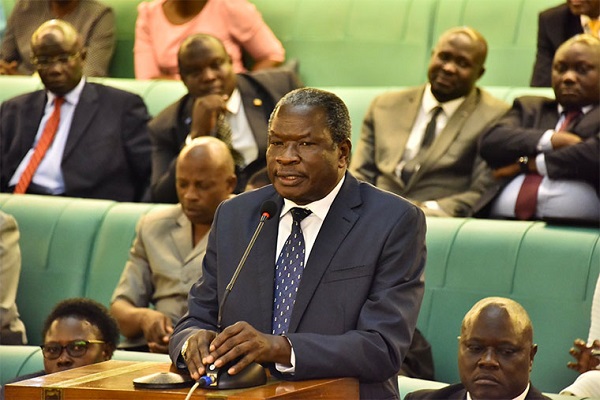 The state Minister for internal affairs, Obiga Kania is yet again in the spotlight after making controversial statements about the ongoing extortionist tendencies exhibited by police and security forces who man the night curfew.

Obiga who last appeared in the limelight when he accused the Mityana MP Zaake Francis of self inflicting harm on his own body, is back with justifications that Ugandana must endure with the pain encountered in the troublesome curfew time.

Kania says all those who move at night must be having something in their pockets and comply with the forces for their own good. “Why would you move at night if you don’t have money?,” he asked. “These men in uniform are also human beings with problems. If he asks for the money, give it to him,” the Minister added.

It should noted that at the start of Ramadan, police boss Ochom had extended curfew hours to facilitate night prayers for the Muslims. A day later, Minister for internal affairs Maj. Gen. Jeje Odong came out to disregard the move saying Afande Ochom is not authoritative to come up with that decision. This implies that Ugandans will continue to bear with the night time inconveniences unleashed on them by men in uniform who harass and extort.