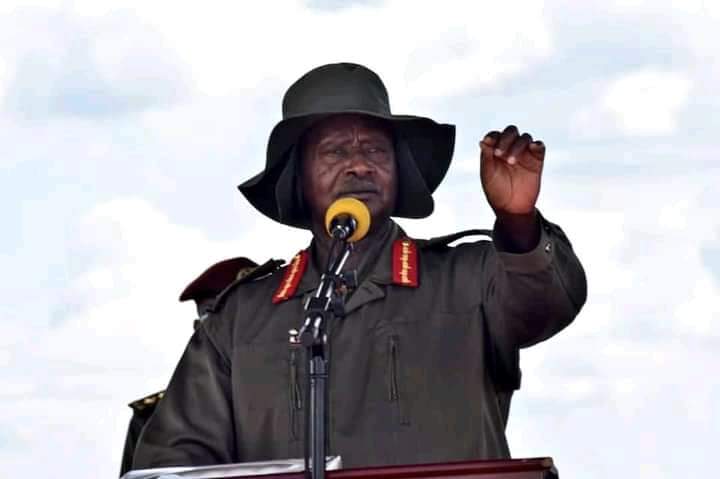 The President and Commander in Chief of the Uganda Peoples’ Defence Forces, H.E Gen Yoweri Kaguta Museveni on the 14th of April 2021 commissioned a total of 1,143 young officers and air force cadets (74 of whom were female) at the Uganda Military Academy, Kabamba in Mubende District.

In his speech, President Museveni replicated his usual bush war statements where he tasked the cadets to be vigilant and ready to handle Uganda’s enemy.

“Since 1986 when we took power, Uganda has had so many enemies but we as the NRA managed to defeat all of them. However I want to remind you that these enemies are still there as they are trying to use some of the confused elements within the country to disturb the peace of Uganda,” he opened up.

He added, “but I know with you having those guns, they cannot come here because we shall still defeat them. Thank you for loving your country and always be ready to defend it when the enemy tries to bring his nosense here.”