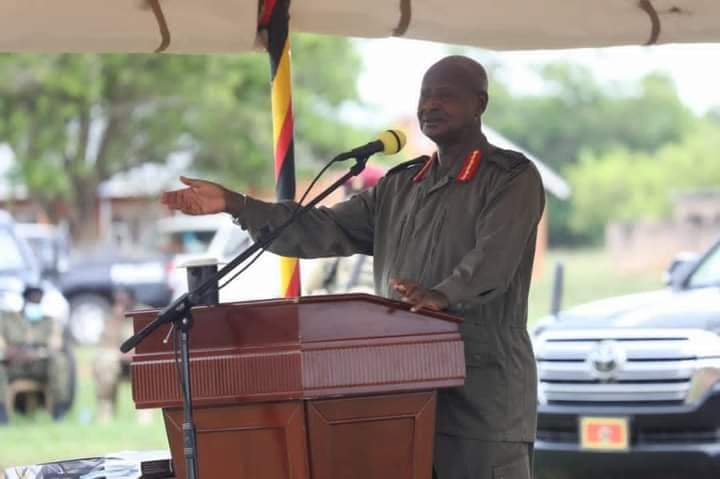 President Yoweri Kaguta Museveni , who is also the NRM national party chairperson, has officially opened the party’s retreat for newly elected MPs at the National Leadership Institute at Kyankwanzi. The President who arrived amid cheers from the new MPs was received by members of the Central Executive Committee before he spoke to them.

“First of all, I congratulate you upon being elected as MPs. It is good we have started with this retreat so that you don’t make mistakes which many other leaders have done and have failed,” the president told party MPs.

“Leadership is not accidental. You cant do things by chance. You must know problems of the people you are leading so you solve them and the people will be grateful and treasure your contribution.”

The party chairman told the newly elected MPs that the retreat will greatly help them identify their mission as leaders and how to successfully achieve their goals.

He also warned them not to undermine the potential of the National Unity Platform party president Kyagulanyi Ssentamu Robert aka Bobi Wine whom he said has really dominated most of the once vibrant NRM party strongholds. “You see when that young man from the ghetto joined these things of politics, most of you undermined him,” Museveni said. “He has now dominated my wanaichi (grassroot people). His party swept most of our key areas,” Museveni added.