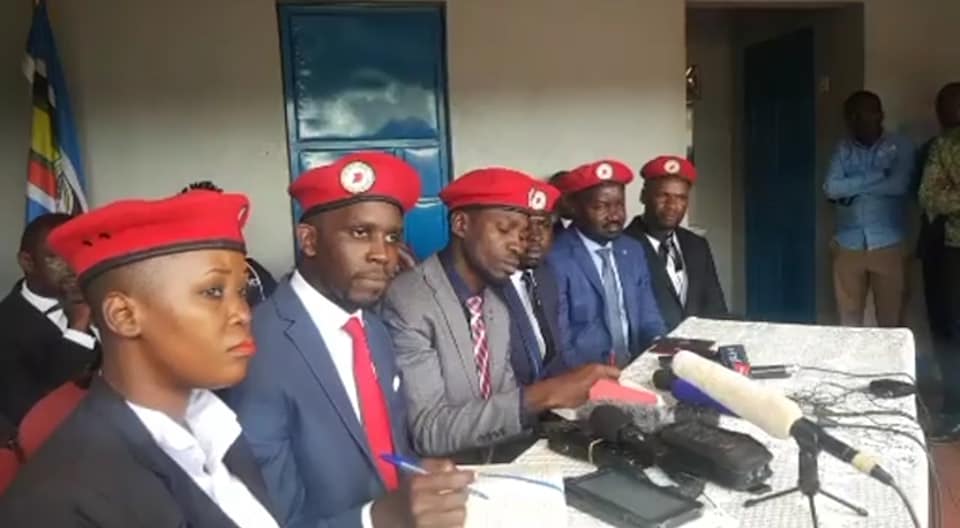 The newly elected National Unity Platform party members will today convene in Jinja city for their long awaited retreat, officials have confirmed to this site. The party spokesperson Joel Ssenyonyi who spoke to journalists this morning said the party is to rely on the retreat to have a consensus on the disputed speaker of parliament slot.

“We are convening in Jinja city for a retreat. Our newly elected leaders at the levels of MP and district LCV chairpersons will be oriented,” a party official reveals. “Among other discussions, the party will come up with a way forward on how to handle the matter of missing persons. I am not authorised to say more than that but we shall engage media when the right time comes,” the official added.

The retreat is expected to take the entire weekend at a venue yet to be revealed for security reasons. NUP which now has  fair share of the eleventh parliament shall appoint the Leader of opposition. We are however yet to know if this shall be discussed in the two day retreat. Other parties like the ruling NRM have also convened their members to discuss and take them through orientation. FDC and DP too say they will retreat but have not disclosed their dates to the press.