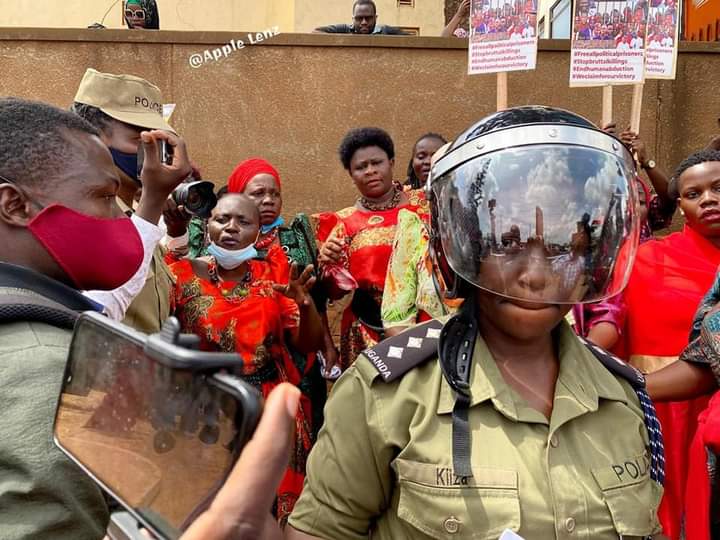 A group of women who on Thursday protested the continued illegal detention of supporters of the National Unity Platform party and political prisoners are still in detention, this site has learnt.

The ladies who peacefully challenged the continued detention of their relatives on Thursday stormed the streets after concluding a presser where they sent a tough warning to the speaker of parliament, Rt. Hon. Rebecca Kadaga to rise and speak for her fellow women. “Instead of fighting for the women whose husbands have been in custody for several months, she is busy fighting to be speaker,” remarked one of the women. “We will march to parliament and stage a sit down protest till our husbands are released,” another lady vowed.

However, their peaceful protest was short lived after police swung into action and blocked their march at Kiira road. Several women were arrested and todate majority are in custody of Kiira road police station. The Kampala Metropolitan police spokesperson Luke Owoyesigire says they are considering pressing charges on the women. “We will charge them with incitement and disobedience of lawful orders,” Owoyesigire commented.