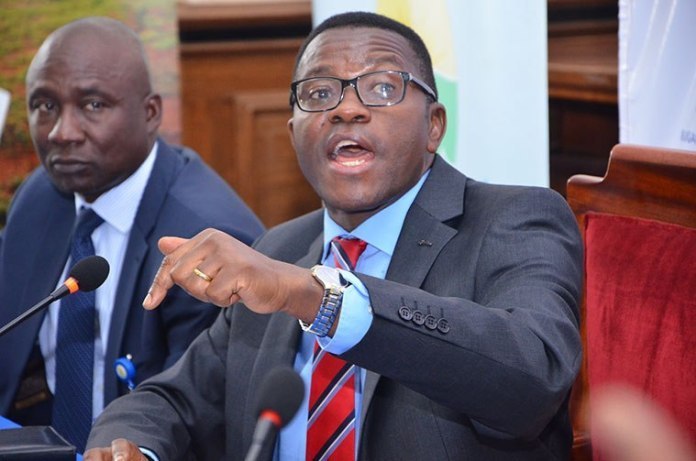 The pressure being exerted on the Buganda prime Minister Charles Peter Mayiga seems to be intensifying following a new twist where leaflets denouncing his leadership are being littered near kingdom buildings.

Today morning, residents of Bulange, Mengo where the Kingdom owns multiple assets like a Television and radio broadcaster woke up to the sight of leaflets littered through out the night by yet to be known people who seek to end the 8 year tenure of Katikkiro Mayiga.

It is said even one his own residence in Kireka was a scene to similar leaflets. It is not yet clear why the public is embittered towards the Katikkiro but a survey shows he is being accused of concealing the Kabaka’s ailment from public knowledge.

“We need him to tender in his resignation for his own good,” said one of the people who revealed he is part of the crew calling for Mayiga resignation. “Our king cannot be in such a frail condition and the Katikkiro remains in office,” he added.