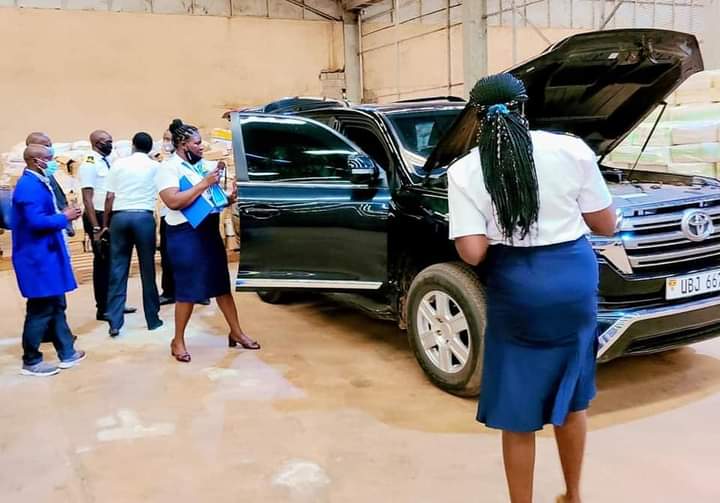 In yet another shameful move, Uganda Revenue Authority (URA) has written to us today requiring me to pay 337,698,776.25/= (Over three hundred million Uganda shillings) for the vehicle which came into the country legally and was cleared by all relevant agencies. The vehicle was taken to the Directorate of Interpol in Kololo and they cleared it. It was then taken to the forensics department of police in Naguru, and they too cleared it. Then we took it to URA and they did their own independent verification and levied the relevant tax which we paid.

The reason we did all this very easily was because my name hadn’t come into the picture. For several months, they did not raise any issue. Indeed, if the car belonged to any other citizen, there wouldn’t be any issue.

It was only when we transferred the car into my name that they began looking for fault and did not find any. At first they claimed that armoured vehicles require clearance by the Ministry of Defence. But there was no law to back their outrageous claim. That is how they said it was undervalued. We understand they quickly moved and sacked, demoted or persecuted all URA, Interpol and Police staff who did their job and cleared this vehicle. For no reason whatsoever, they punished them for not knowing that the car would end up in Bobi Wine’s name! Others were summoned by CMI for interrogation!

So countrymen and women, this is where we are. All public institutions are personalised by Gen. Museveni who does with them whatsoever he pleases. As I have consistently said, when you take on Museveni, you have taken on all government institutions and they will gang up against you. The God who defends the weak against the strong is on our side. In the end, we shall look back to these trials and tribulations and make a pledge never to repeat the same mistakes.

We shall overcome! The forces of evil may do all these things, but they never win in the end. Examples are all over.