‘NUP terminator’ among those promoted to Maj. Gen 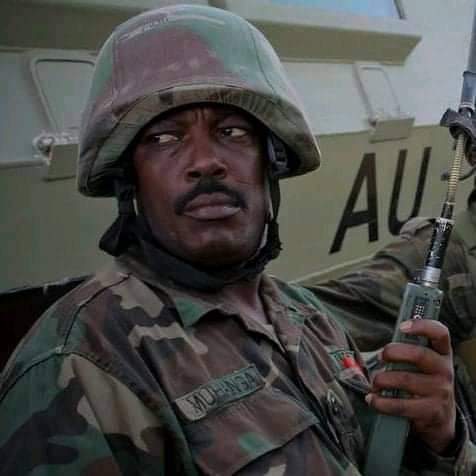 President Yoweri Kaguta Museveni as the commander in chief of the armed forces has promoted a number of UPDF soldiers to various ranks. As usual, soldiers from the western region took a lion’s share of the promorions. At least 7 Brig Generals have been promoted to the rank of Maj. General while 33 Colonels have been promoted to the rank of Brig. Generals, and of the seven 4 are from the western region.

Brig. Gen. Kayanja Muhanga, a relative to veteran journalist Andrew Mwenda, who came to prominence in the post-November riots period has also been promoted. The then Brig. Gen Muhanga was recalled from Mogadishu to oversee operations on the capital, Kampala. His performance and ability to smartly perpetrate abductions of NUP supporters in Kampala and Wakiso areas is what has reportedly inspired his promotion to the rank of Major General. Here is the full list of the promoted soldiers;