Oulanyah on his knees, begs M7 not to ‘disappoint’ him 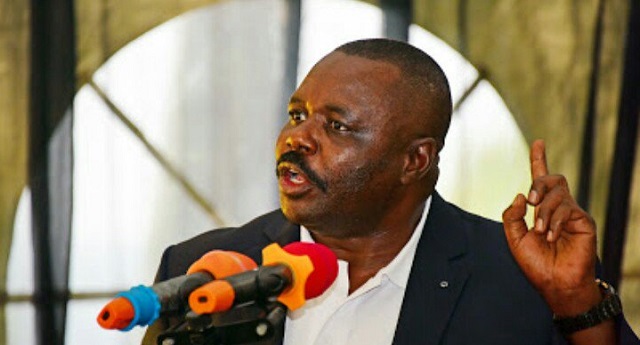 There is ongoing drama at the Kyankwanzi retreat in which ruling NRM party MPs are mitigating the unprecedented tight speaker race between the incumbent Rebecca Kadaga and her deputy Jacob Oulanyah. The former UPC stalwart (Oulanyah) who camouflaged to NRM for privileges, is said to be having a tough time to entice the elderly politician, Tibuhaburwa to grant him an open endorsement.

It is said that Mr. Museveni who heads the party as chairman has failed to convince the stubborn Busoga region born and raised Kadaga who has vowed to keep in the race with or without the Kyankwanzi favour. Her decision to stick in the race has complicated everything to the point that Museveni is almost refraining from giving an open endorsement to any of the two rivals.

Oulanyah now feels he is being betrayed for the second consecutive time as case was in 2016 when the NRM Central Executive Committee dropped him and favoured Kadaga. “Your Excellency, please let’s be fair this time round,” Oulanyah pleaded to Museveni. “You are a man of your word and promises. I know you also know very well who suits to be speaker,” he added.

An insider in the NRM camp says Kadaga has even failed to surface at the Kyankwanzi retreat, something that has signalled that she is either endorsed or else she dissents from the party. “Since we retreated for more than a week now, I’ve not seen Kadaga’s shadow here,” retorts the NRM MP. ‘I am not sure if she will attend in the final days but Oulanyah is already here campaigning,” adds the MP.