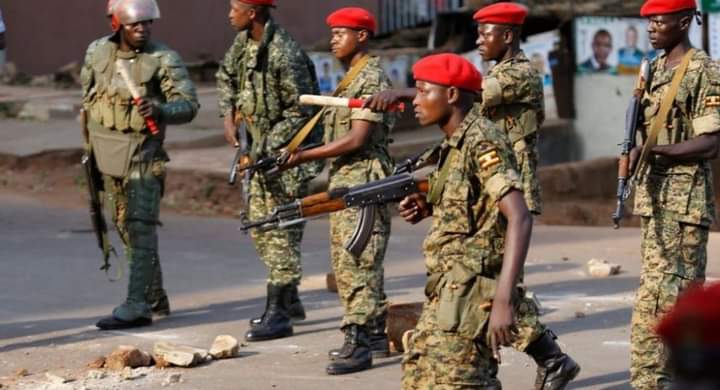 The spokesperson for the Uganda People’s Defence Forces, Brig. Flavia Byekwaso today rudely came out and threatened to crush whoever stands in the path of Gen. Yoweri Museveni whom she says is the legitimate president elect for the 2021-2026 tenure.

In her radical comments, Byekwaso showed that as the UPDF institution they are inclined to serving the ruling NRM government, a thing that contravenes the army code of conduct which does not tolerate indulgence in partisan politics.

When asked by journalists where they had sourced the posters and banners inscribed with hateful sectarian statements attributed to the opposition, Byekwaso declined to comment. This sent a signal that the army which has been having the people’s good will is perhaps too a tool of politics for the serving government. The vigour with which Byekwaso spoke communicates that the army is more than ready to defend their Commander in chief at whatever cost.