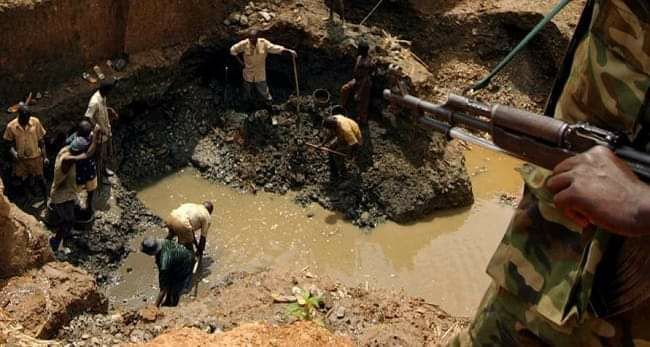 Democratic Republic of Congo (DRC) have lawyers told International Court of Justice that they are seeking $4.3bn in reparations from Uganda for its role in conflicts in mineral-rich Ituri province from 1998-2003.

SEE ALSO : Tibuhaburwa pleads for mercy as DRC insists on $10b reparations

It should be remembered that in 1998 Uganda invaded DRC in the disguise of fighting ADF and LRA rebels. During this time Yoweri Museveni’s military UPDF under the command the slain Gen Kazini looted precious stones like Gold, Diamonds and timber worthy billions of dollars. As the Rwandan Miltary under the command of Paul Kagame we committing a genocide against the Huntu refugees hiding from the RPF brutality in Rwanda, Yoweri Museveni and Brother Salim Saleh were looting DRC dry, selling precious minerals to the Israeli government sponsored criminal Dan Gertler managed corporations.

Its clear that Yoweri Museveni has served the US , E.U and Israeli corporations criminal intrests for a long time and he has over done it. Many Ugandans are calling on the west to cut ties with Yoweri Museveni who has continued to commit atrocities against Ugandans who have peaceful protested aganist his criminal enterprises. Recently over 100 peaceful protestors were moaned by the SFC a Miltary wing of Yoweri Museveni commanded by his son Muhoozi Keinerugaba. Thousands of Ugandans are being kidnapped by the same Miltary wing and detained in illegal dentetions. In December of 2020 a campaign team a renowned Yoweri Museveni critic Robert Kyagulanyi, commonly known as Bobi Wine of a former presidential were kidnapped in Kalangala Island found in Lake Victoria while on a campaign trail. Over 50 of these people are being charged in Miltary court over trumped up charges. This is all done under the watch and support of the U.S, U.K and E.U, governments sighting there intrests with Yoweri Museveni. Most Ugandans are wondering if the US and E.U are working with Museveni as an individual or the people in the whole country? If what the E.U and US are after helping Ugandans then there’s need to restore democracy instead of dealing with an autocratic brutal ruler.