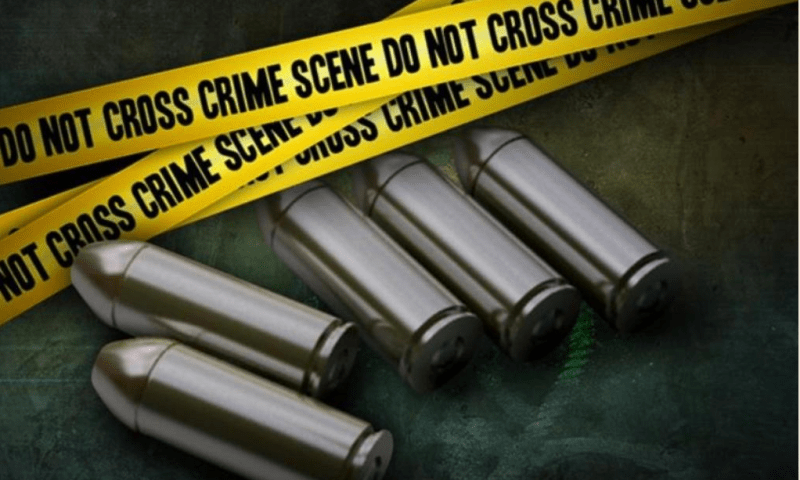 An errant trigger happy police officer on Saturday evening shot and killed his colleagues following a misunderstanding, our reporter has established.

Hassan Sserugo who remains at large is said to have lost his temper after having a serious wrangle with his work mates with whom he disagreed over a bribe collected from a rape suspect. Knowledgeable sources say Sserugo a week ago hunted and arrested a rape suspect who had molested an under aged girl child. He kept the suspect in police custody as he negotiated with him for his freedom at a fee worth UGX 50,000. However, his negotiations were interrupted by the officer in charge of the police station, Patrick Okola and a crime preventer named Fred Kakuru who also wanted a share of the money.

The suspect cleared the bribe and was released. The police officers on the other hand failed to agree and Sserugo was implored to use his AK47 rifle to kill his colleagues. He afterwards went with his gun and rounds of ammunitions. Detectives say after convincing him to surrender in a phone conversation, Sserugo dropped the rifles and directed the CID where he had kept the murderous weapon.

A police officer who asked not to be named attributes this to the meagre pay and deplorable conditions under which they work. “We are very miserable but people think we are happy with the government,” said the officer. “It hurts that we cannot even afford to buy soap to wash these uniforms. The bribes in police will never end,” he adds.