MP Ssegirinya recommended to the UK for better treatment 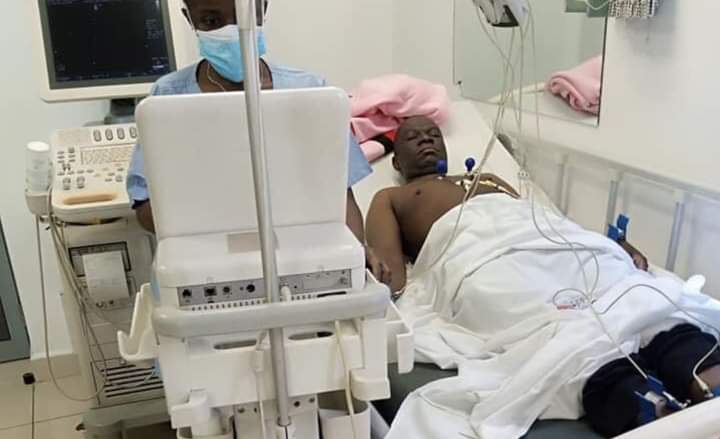 Reports from the Aga Khan hospital in Nairobi where the Kawempe North MP elect Ssegirinya Muhammad is battling a liver condition, indicate that he has been urged to fly overseas for better treatment.

SEE ALSO: Prisons: we did not poison Ssegirinya

According to the medical experts working on him as per the revelation given to our reporter by one of the people who reached to the frail MP at Aga Khan, the liver problem needs to be attended to from well equipped hospitals in the UK or the US.

It should be noted that the NUP strongman was in better health at the time he was brutally arrested last month in downtown Kampala where he had staged a peaceful protest demanding for the release of the detained NUP supporters. His health worsened when he was remanded to Kitalya prison where it is believed he was injected with a lethal substance that has since made him frail.

In a video he recorded recently, Ssegirinya revealed he is battling a liver condition. “According to doctors, I sustained wounds on my liver and possibly I may need a liver transplant. My health condition is not good at all and I hope to take a lengthy period on the sidelines while attaining specilaised medical attention. Pray for me,” he said.