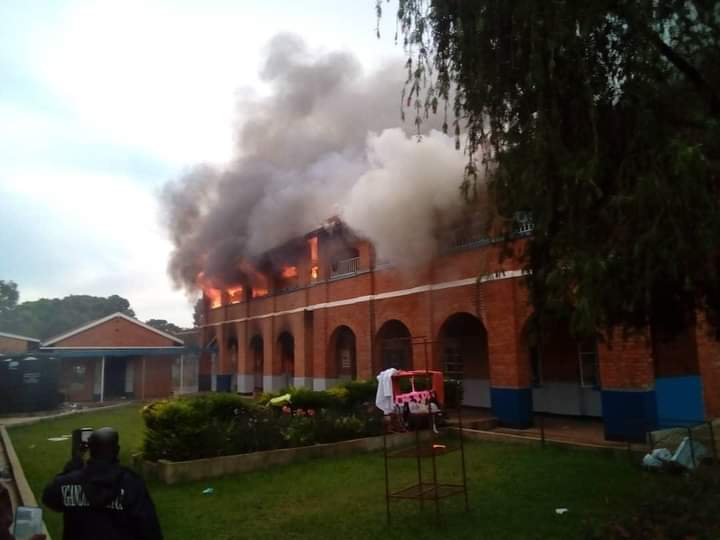 A fire whose cause is yet to be established on Tuesday morning ravaged one of Uganda’s oldest institutions of learning dubbed Kings College Buddo. Sources say the fire which started in the early morning hours as students prepared for classes started from Grece house.

Police’s fire and rescue services team rushed to Kings Colledge Budo to put out a fire that gutted the school this morning. The fire is believed to have started from one building (Grece house) which houses the Senior one class.

Students say they were still in their early mornimg preparations when they suddenly saw the fire raging. “We were in class at the time it all students,” Asiimwe, a student of Senior 3 says. “We can’t tale how it began. Maybe it was a short electric problem. I can’t tale,” she adds.

This is the second fire in a space of months to target a traditional institution. The first was witnessed at Makerere University where the iconic main building was rustled down by a flame whose cause todate remains unknown.