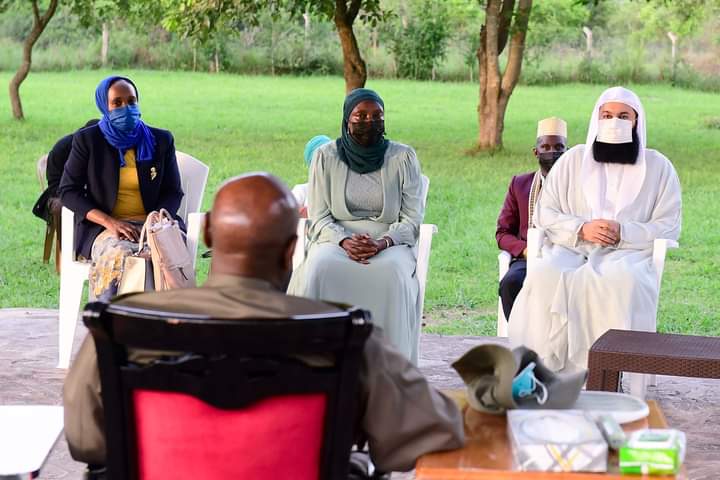 Renowned Muslim cleric and Grand Mufti of Zimbabwe Ismail Musa Menk popularly known as Mufti Menk, who is in the country for a three-day visit is under fire from angry Ugandan muslims who have funed at him over his Tuesday engagement with president Museveni.

Museveni and Menk met at ths State Lodge in Kyankwanzi where the two held talks about governance and religion. Museveni lauded the Mufti for bridging the gap between religion and politics. Museveni’s government as per a documentary by Doha based media, Al Jazeera is implicated for its witch hunt on Muslims. In the documentary on slain Muslim clerics, the Ugandan government came under fire for presiding over a well patterned assassination of dissent Muslim scholars and clerics.

Fazir Mayanja, a vlogger with Ekyooto deems Menk’s engagement with Museveni as a hypocritical move that undermines Islam.

How did he not see that he was getting used? Was this part of the deal? In a country where Muslims are persecuted, killed and incarcerated for just being Muslims. Suddenly a known Muslim scholar meets him just after he murdered 60 innocent Ugandans in November last year. Mufti Menk should have done his research before meeting this dictator. Because what that dictator wanted is a photo opportunity to show everything is okay with Muslims in Uganda and Ugandans at large. We live in a sad world! What an absolute shame!