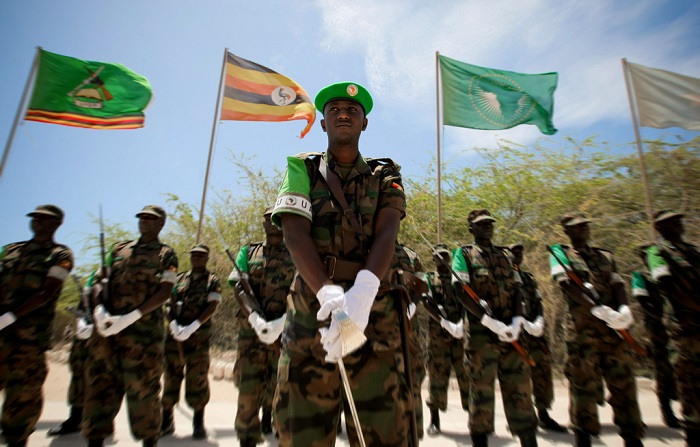 There is a looming turmoil in the capital of Somalia, Mogadishu, after the opposition forces and citizens have turned their guns at the Ugandan army in the AMISOM. The tension is said to be escalating from the proposed two year term extension of the incumbent president Mohamed Abdullahi Mohamed, a strategic ally to Gen. Yoweri Museveni.

Mother still in tears after losing 2 sons to UPDF drones

Earlier this week, president Abdullahi denounced the planned general elections and awarded himself a two year term extension. The Somali opposition supporters say this move is being abetted by the Ugandan army in Mogadishu which has played a key role in sustaining president Abdullahi in power. The move has triggered a mutiny within the Somalu army after forces not linked to president Abdullah’s tribe defied supporting the planned tenure extension. Consequently, commanders in both the police and army have defected to the opposition and rival factions. Mogadishu is being lost to the opposition fighters targeting Ugandan troops.

After learning of the developments in Mogadishu, the Ugandan parliament has today summoned the Minister for defence to explain the state of the army. “We want to know what is happening in Somalia,” MP Kaps Fungaroo told parliament. “We want to know if the 14 year presence of our army still makes any impact. We understand that the US who pioneered this war have already fully retreated. What is Uganda waiting for?,” he added.

The speaker of parliament, Rt. Hon. Rebecca Kadaga now wants the defence minister to turn up this week and give an update to the house regarding the state of the soldiers in Somalia. “I have wrote to the Defence Minister tasking him to turn up before plenary,” Kadaga remarked. “By closure of this week, an update shall have been given,” she added.