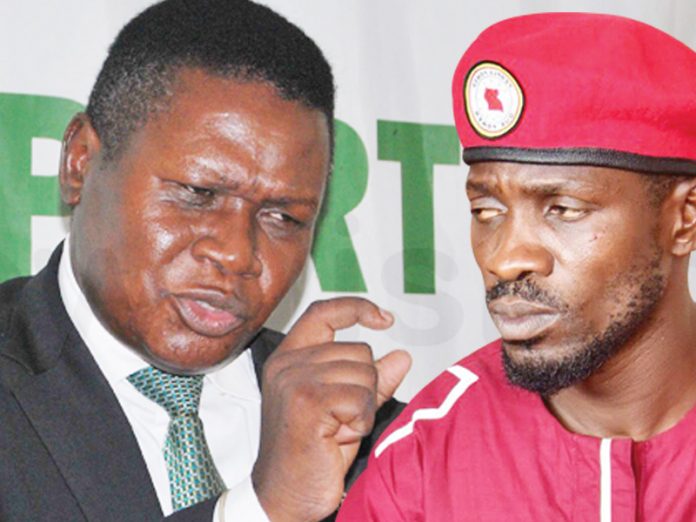 Former presidential candidate under the Democratic Party ticket, Nobert Mao has appealed to the National Unity Platform party leadership to consider working with the veteran party (which is Uganda’s oldest) in bringing about change in the country.

Mao,  has been a routine critic of Hon. Kyagulanyi Ssentamu Robert aka Bobi Wine since he operated the People Power movement. “People Power is like a school without a UNEB centre number,” Mao was quoted last year scoffing at the People Power movement and its leadership. Weeks later, the NUP was hatched as a political vehicle for People Power and Mao retracted his words especially when a throng of his Members of Parliament crossed over to Bobi’s new party.

It should be noted that overtime, Mao has been criticised by the opposition politicians for being a ‘pawn on the chess board’ of Mr. Museveni. As if that’s not enough, his soft approach towards tackling the exisiting dictatorship has for long raised eyebrows amongst the opposition supporters. Besides, even the way he reached the 2021 presidential ballot which journey appeared to have been abetted by the regime as evidenced in his late submission of endorsement signatures, his VIP treatment during the campaign trail and his finances which are said to have been direct favours from the regime.